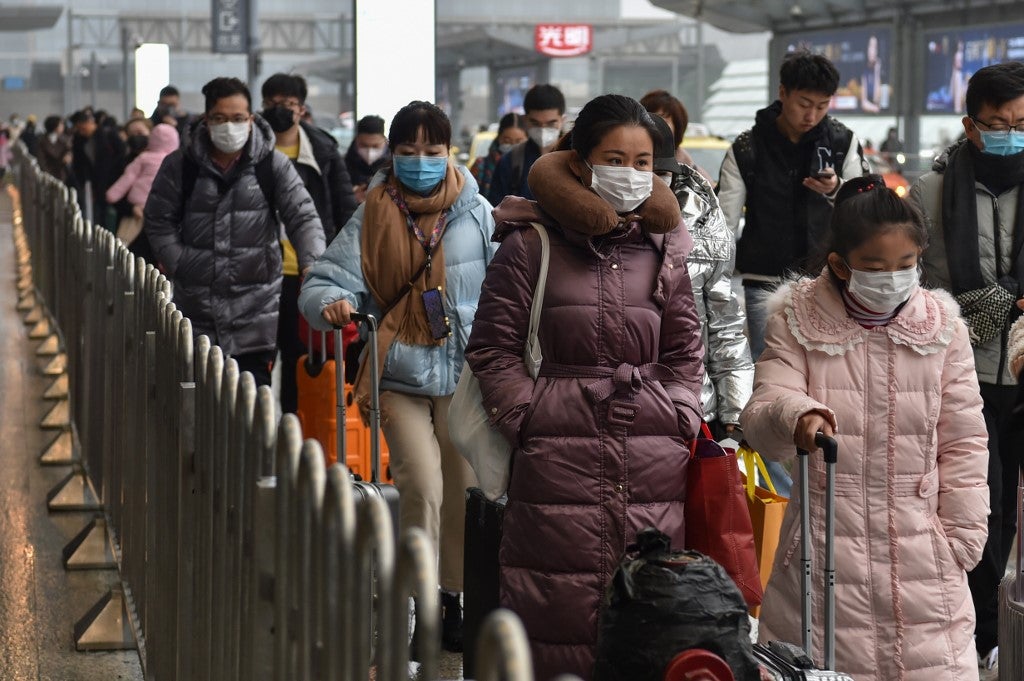 People wearing masks arrive at Hongqioa train station as they head home for the Lunar New Year in Shanghai on January 23, 2020 – China placed the city at the centre of a virus outbreak under effective quarantine, suspending outward flights and trains in a drastic step to contain a contagious disease that has killed 17, stricken hundreds and reached other countries. (Photo by HECTOR RETAMAL / AFP)

The victim was an 88-year-old man who was already suffering from pre-existing health problems, a Shanghai government statement said, adding that so far 40 total cases of infection have been confirmed in the city.