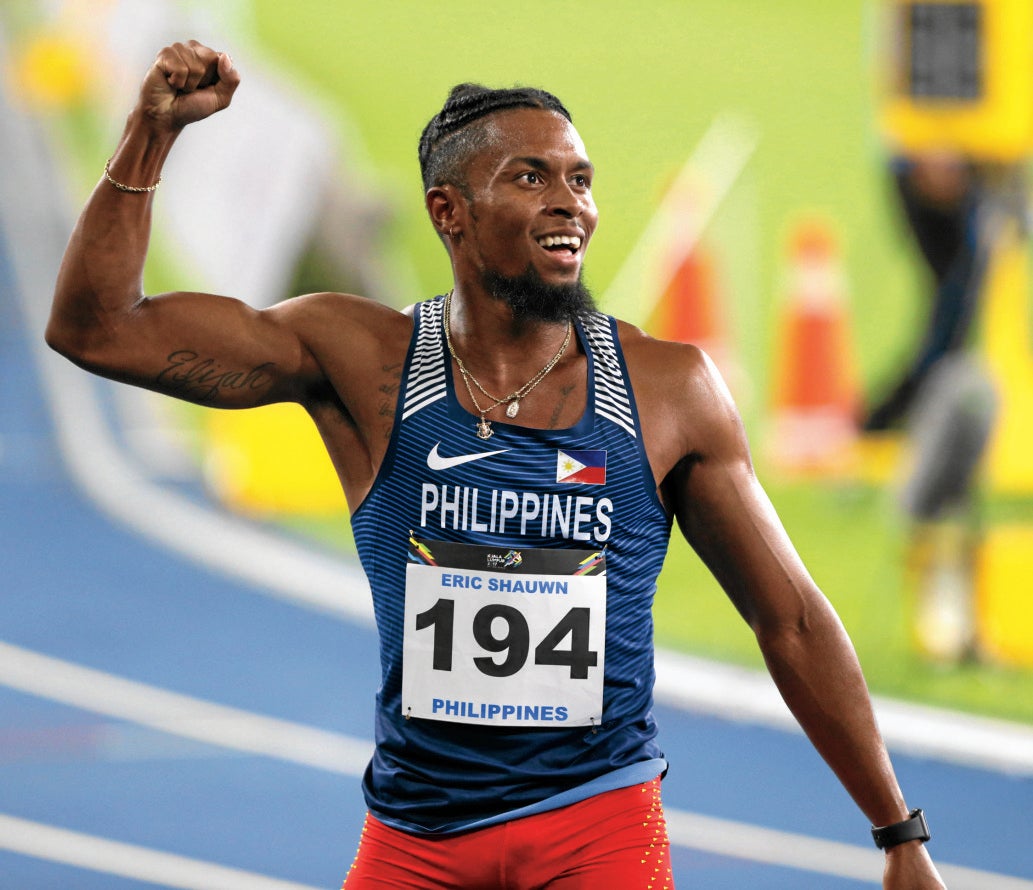 NEW CLARK CITY — Eric Cray redeemed himself from messing up in the morning by anchoring Team Philippines to the 4X100 meter mixed relay late in the evening.

The 31-year-old Olympian got disqualified in the 100-meter dash heats for false starts but returned to power the Philippines to its fourth victory in track and field.

“We came out to win,” said Cray who was born in Olongapo but now resides in the United States.

Joining him in the triumphant run were Eloisa Luzon, Anfernee Lopez and Kristina Knott.

Cray caught up with Thailand’s anchor — a lady runner — in the final 30 meters and zoomed to the finish to the roar of the hometown gallery here at NCC athletics stadium.

The mixed relays, played for the first time in the biennial meet, allowed teams to field two female and two male runners with options on the order of runners.

Already the athletics team is within its target of 6-8 gold medals with still two days of competition.