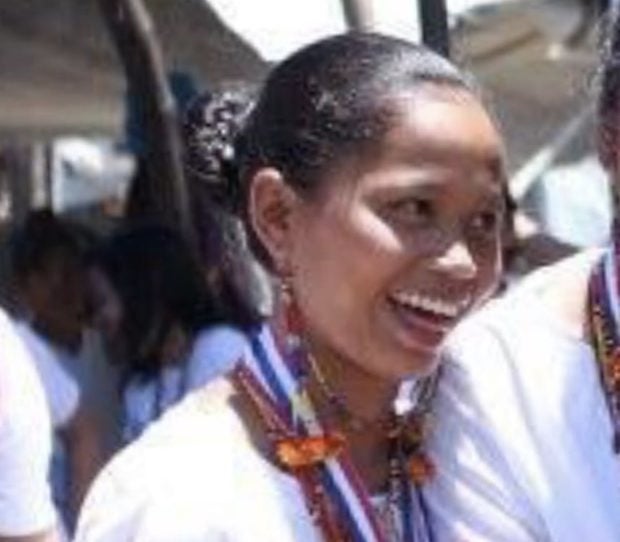 Her brother and some relatives claimed the body, Hambala added.

In a statement released Sunday night, Cullamat called on the military not to make the remains of her daughter as a trophy in its propaganda war, appealing that her family be allowed to pay its last respects to Jevilyn.

Hambala said Jevilyn was killed when a 12-man Army Special Forces team clashed for about 45 minutes with communist rebels in the rain-swept mountains of Surigao del Sur on Saturday, Nov. 28.

In a statement, Cullamat confirmed that her 22 year-old youngest daughter had joined the NPA to fight the injustices committed against indigenous peoples.

[I love my daughter who loved our country. I am proud of her. She is a hero to the indigenous peoples and the country.]

[I dearly love Jevilyn. She is a quiet and respectful daughter. We raised her to be nationalistic, brave, and independent in her views and thinking.]

Hambala said the Special Forces team managed to sneak into the temporary campsite set up by the rebels in the mountains near Marihatag town.

“The rebels, numbering around 30, put up an intense firefight for 45 minutes before withdrawing,” Hambala told INQUIRER over the phone.

The military released a photo of the alleged body of Jevilyn with an M16 rifle clinging to her chest.

He said Jevilyn, known as Ka Reb, was the medic of a Sandatahang Yunit Pampropaganda (SYP) platoon of Guerrilla Front 19 of the communist movement’s Northeastern Mindanao Regional Committee.

Hambala offered his condolences to Rep. Cullamat for the loss of her youngest daughter, saying that violence would not help the indigenous peoples in the area attain the justice they had been yearning for.

Hambala said Jevilyn and her family “were just victims” of the communist movement’s “destructive and pointless ideology.”

“While there are issues concerning the IPs [indigineous peoples], violent, armed, and terrorist struggle will never be the right solution to it,” Hambala added.