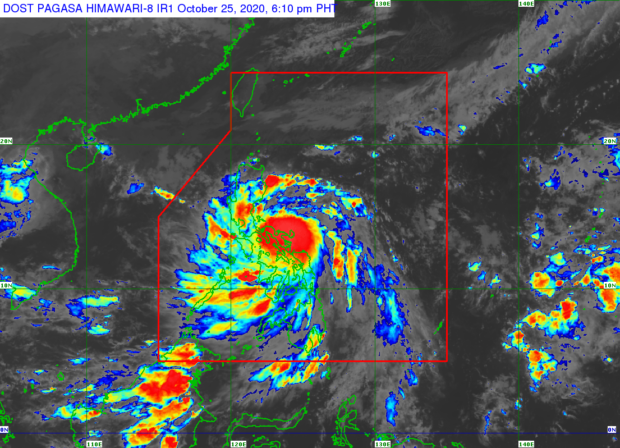 “As deemed necessary and in anticipation of the adverse effects of the tropical storm in conjunction with the PDRRMC’s (Provincial Disaster Risk Reduction and Management Office) previous raise of alert level from white to blue alert, this level hereby directs the alert status…be raised from blue to red alert status effective immediately,” Suarez said in his Memorandum Order No. 131 issued Sunday afternoon which was also posted on his Facebook around 4 p.m.

Suarez said the rise of the alert level warning is for the effective monitoring of storm Quinta in the province.

Under the red alert status, the monitoring and operation alert teams are required to be on duty 24/7 to respond to emergencies and possible deployment of assets and resources, once the weather disturbance worsens.

Red alert is raised in anticipation of imminent emergency situations that would require an urgent response.

Since Sunday morning, local disaster management offices in different municipalities in the province have been conducting pre-emptive evacuation of residents living in areas prone to storm surge, landslides, and floods.

“We don’t have yet the data on the number of evacuees since most local disaster management offices are still engaged in evacuations,” Melchor Avenilla Jr., PDRRM head, said in a phone interview Saturday afternoon.

Meanwhile, soldiers in the Southern Tagalog region are on standby and ready for dispatch to provide help and assistance to communities that will be heavily affected by the storm.

“We have our unit’s capabilities in humanitarian assistance and disaster Response or HADR in times like this,” Captain Jayrald Ternio, head of the public affairs office of the Army’s 2nd Infantry Division, said in an online interview.

Tropical Storm Quinta has intensified into a severe tropical storm and is expected to hit the Calabarzon region and Metro Manila early Monday.#