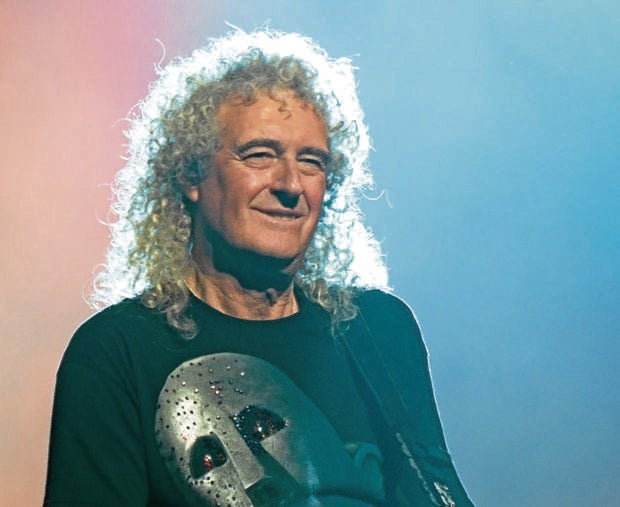 For Queen lead guitarist Brian May, the “torrent of love and support” he has received after suffering a potentially lethal heart attack was completely unexpected and incredibly touching.

“This is going to sound really strange, but I sort of feel like I had died, and yet, I was able to come to the funeral and saw all the tributes,” he said in a recent video message on Instagram.

“You know, how all these people say wonderful things about the person who’s gone, but he or she can’t hear it. I’m so lucky I got to hear it. My life is complete. I can’t compare it to anything,” Brian said, adding that his email and other inboxes are full of “incredible messages” right now.

“I will never be able to thank all of you individually, so at least let me thank you here,” said the 72-year-old music artist, who cofounded the legendary rock band together with drummer Roger Taylor and the late Freddie Mercury in the 1970s.

Earlier this month, Brian told his fans that he had “managed to rip my gluteus maximus to shreds” while doing a “thorough” and “overenthusiastic gardening” session. A second MRI also revealed that he had a severely compressed sciatic nerve in his spine.

He couldn’t sleep or walk without assistance, he said, because the pain was “relentless.” “A week later, I was still in agony … I mean real agony. I wanted to jump at some points. I couldn’t believe the pain,” Brian related in another post. “I had this feeling that someone was putting a screwdriver in my back the whole time. It was excruciating.”

But the worse had yet to come.

One day, while coping with all the injuries he had due to the gardening accident, Brian experienced 40 minutes of tightness in his chest, arm pain and profuse sweating.

“In the middle of the whole saga of the painful backside, I had a small heart attack. To cut a long story short, my wonderful doctor drove me to the hospital himself,” he said.

An angiogram showed that three of his coronary arteries were blocked. “They looked at me and said, ‘Brian, I’m sorry, this is a little more complicated than we thought,’” he recalled. “Nothing could tell me that I was about to be in real, real trouble, because I could have died from the blockages that were there.”

This came as a huge shock to Brian, who, all along, thought he was “a very healthy guy.”

Doctors suggested that he underwent a triple bypass surgery. He, however, opted for a stent procedure, which was less invasive. “Anyway, I didn’t die. I came out and would have been full of beans if it weren’t for the leg,” pointed out Brian, who reminded his fans, especially the older ones, to be more vigilant when it comes to their health.

“We all got to really look at ourselves as we get to the autumn years,” he stressed. “What seems to be a very healthy heart may not be.”

Brian, who’s now off painkillers, is undergoing physiotherapy and “taking all the right things.” He’s also thrilled” and can’t wait to return to his normal “functional” self “real soon.”

“I’m incredibly grateful that I now have a life to lead again.

I was actually very near death,” he said. “But I’m good. I’m here. I’m ready to rock. —ALLAN POLICARPIO