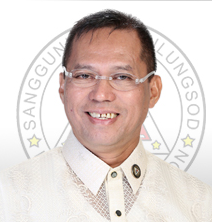 MANILA, Philippines — The  shoot-to-kill threat of a Quezon City official against violators of the community quarantine is “illegal and improper,”  the Department of the Interior and Local Government (DILG) said on Tuesday, reminding authorities that punishment must be within the law.

“The Department of the Interior and Local Government considers the alleged ‘shoot-to-kill’ threat by the head of the QC Task Force Disiplina against quarantine violators in Quezon City as improper and illegal and we advise him to desist from issuing similar statements in the future,” read the statement.

This was after Ranulfo “Rannie” Ludovica, head of Quezon City Task Force Disiplina, also a former councilor, was criticized for his social media post on “shoot-to-kill” threat against individuals who would breach protocol of coronavirus quarantine. The post was already deleted from his Facebook account.

The Interior department added that local government employees should be cautious in their statements on social media as the public might think it is an official policy.

“LGU department heads must be circumspect in their social media posts since this may be mistaken by their constituents as official LGU policy,” DILG said.

Also, DILG reminded that punishment against violators of community quarantine rules must be within the bounds of ordinances signed by the local ordinances.

“While we strongly believe that discipline is one of the preventive measures to stop the transmission of the Coronavirus, this must be enforced within the bounds of the law and the DILG will not tolerate any possible abuse of authority on the part of law enforcement agencies or enforcement units of Local Government Units,” read the statement.

“The penalties to be imposed by local government units against quarantine violators must be within the bounds of their respective ordinances,” it added.

Quezon City Mayor Joy Belmonte has already “disowned” Ludovica’s post which she called an “expression of frustration over the growing number of violations in Quezon City, DILG also noted.