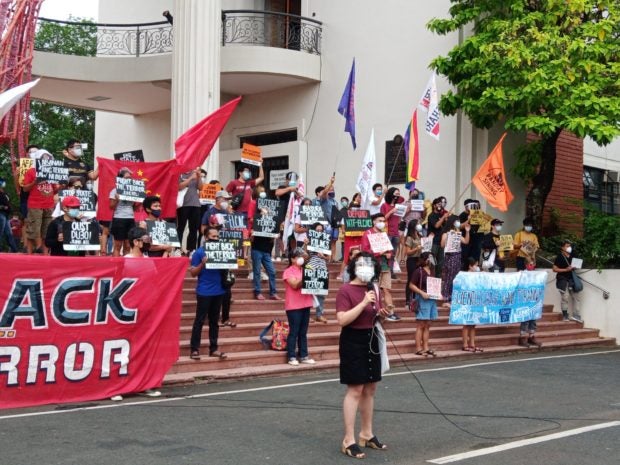 MANILA, Philippines — Protesters trooped to the University of the Philippines (UP) campus in Diliman, Quezon City on Tuesday, a day after the Department of National Defense (DND) scrapped a long-standing agreement with the state university, which bars any military and police presence in UP campuses without prior consent from the university’s officials.

Groups from different sectors, such as the League of Filipino Students (LFS) and Anakbayan, were present during the indignation rally held at UP Diliman’s Quezon Hall.

(They were wrong in terminating the accord because their decision just made our unity stronger.)

It was on Monday that the DND unilaterally , which requires prior notification to school officials for police and military to enter UP campuses.

Defense the DND’s move, citing that the state university has become “a safe haven for the enemies of the state.”

But UP president of this decades-old agreement “may result in worsening rather than improving relations between our institutions, and detract from our common desire for peace, justice, and freedom in our society.”