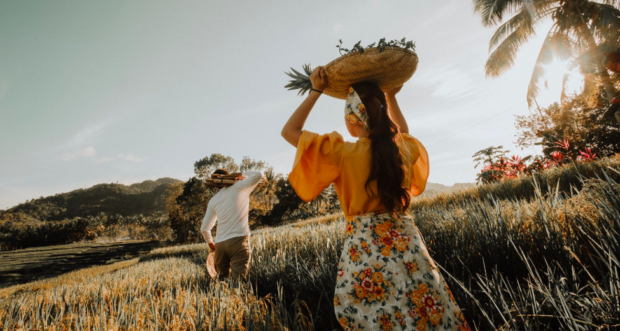 MANILA, Philippines–This pre-wedding shoot, wanting to relive some of the Filipino culture, went viral on social media on Saturday, April 20.

“A Pre Wedding Inspired by the Old Filipino Paintings,” wrote Wildfolks Studios on its Facebook page.

The studio told INQUIRER.net that the “Filipino culture theme” is the idea of the couple, Wency and Roger, as they want to try something different for their pre-wedding shoot.

The photos, as suggested by the couple, were took in the mountains of Bohol for the rice terraces and it’s beautiful rivers.

Wildfolks Studios also said that they already expected that the photos will go viral, though at first they thought that the concept was hard to pull off.

“Pulling off a concept like this is kind of scary, it can possibly be great or tacky,” said Wildfolks. But when asked why they think it went viral, the studio said that it is “because the concept is not seldom used and the couple is brave enough to do it.”

Netizens were all praises for the photos saying that it depicts a “Dalagang Filipina” vibes and showcase the beauty of the country through its rural setting.