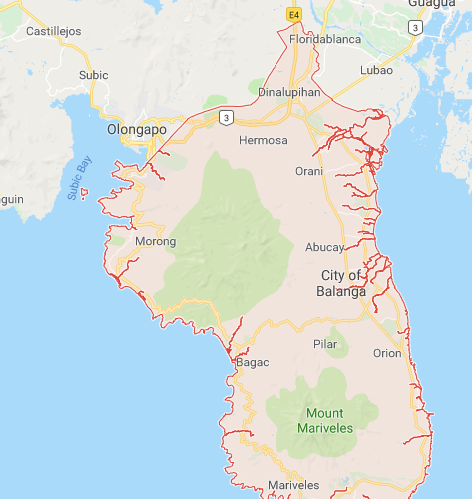 The Bataan Provincial Disaster Risk Reduction and Management Office has coordinated with various government agencies to respond to a fire that hit Bataan Refinery Center in Limay town.

In Bulacan, villagers were also seen rushing outside their houses. In Pampanga, patients in a private hospital were evacuated as electricty supply in City of San Fernando was cut off as a preemptive measure.

People were also seen rushing outside the malls in Pampanga and Olongapo City.

The glass door of a fast-food restaurant at SM Pampanga and a portion of a floor in SM Olongapo were damaged due to the quake.

In its initial earthquake bulletin, Philippine Institute of Volcanology and Seismology (Phivolcs) said the earthquake struck 2 kilometers northeast of this town at 5.11 p.m.

The earthquake was of tectonic origin had a depth of 21 km. Intensity 5 was felt in San Felipe, Zambales, and Quezon City. The tremor was also felt in Baguio City, Pampanga, Bataan, and Bulacan. /ee