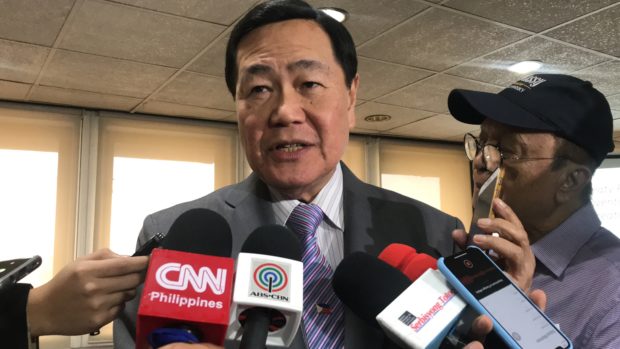 MANILA, Philippines — Retired Senior Associate Justice Antonio Carpio on Tuesday agreed that the possibility China may control and shut down the country’s power grid “should be a cause for concern.”

“I think it should be a cause for concern especially if the technicians who are manning or maintaining the grid (or) the power lines are Chinese,” he told reporters in an interview.

Carpio was at the Department Foreign Affairs in Pasay City to deliver a keynote speech during the commemoration of the 50th anniversary of the adoption of the Vienna Convention on the Law of Treaties.

“If the Chinese are the one maintaining our national grid then it’s easy for them to shut it down and they can always inject malware in the software,” he added.

Hontiveros has already filed a resolution seeking for a Senate investigation and a “” of the operations and facilities of the National Grid Corporation of the Philippines (NGCP).

The NGCP, which runs and maintains the country’s electricity grid, is 40 percent owned by the State Grid Corporation of China.

The senator filed the resolution following the admission of Atty. Melvin Matibag, president of state-owned National Transmission Company (Transco), that China has the capability to control and even remotely shut down the country’s power transmission system.

During the plenary deliberation on the proposed budget of the Department of Enregy, last week, it was also discovered that Chinese managers and engineers have access to the operations of the NGCP.