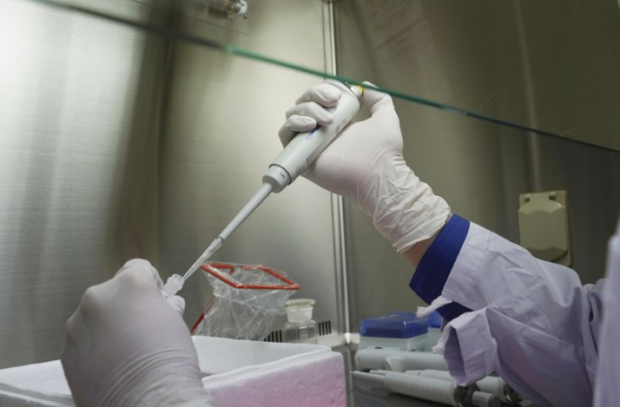 TOKYO — Numerous cases have emerged in Japan and overseas of people who test negative for the new coronavirus but then later registered a positive result.

Experts have denied that people can be re-infected, but these cases would suggest the virus may remain in the body even after fever and other symptoms abide, creating a kind of “persistent infection.” This may be due to the virus’ ability to stay in the body, but some have pointed to problems with the accuracy of PCR tests.

The Fujita Health University Okazaki Medical Center in Aichi Prefecture, which treated infected passengers from the Diamond Princess cruise ship, reported on the website of the Japanese Association for Infectious Diseases that it had confirmed many persistent infections.

Similar cases have been observed in places such as Osaka City and Akita Prefecture, as well as China and South Korea.

The Health, Labor and Welfare Ministry’s criteria for discharge is two negative PCR tests for viral DNA in the mucosal fluid of the nose, throat or other area — the first performed two days after symptoms improve and the second a half day later.

When symptoms subside it is assumed the immune system has eliminated the virus, but tests are performed just in case.

Due to the possibility of persistent infections, starting this month patients are being asked to closely monitor their condition, such as by measuring their body temperature every day for four weeks after leaving the hospital.

Experts believe the virus may have properties that enable it to remain in the body, similar to chicken pox, which could lead to positive results even after a negative test.

According to Jikei University School of Medicine Prof. Mitsuyoshi Urashima, a specialist in preventive medicine, “Viruses that remain in the body without being completely eliminated may proliferate when resistance weakens, which could result in another positive test.”

Some have said the problem is due to the accuracy of PCR testing, which correctly diagnose an infected patient as “positive” about 70 percent of the time.

“The genes that are tested are fragile and easily destroyed. Determining positive or negative is not easy,” said Tokyo University of Agriculture and Technology Prof. Tetsuya Mizutani, a virology specialist.

Negative results could also be the result of low levels of the virus on nose and throat swabs.