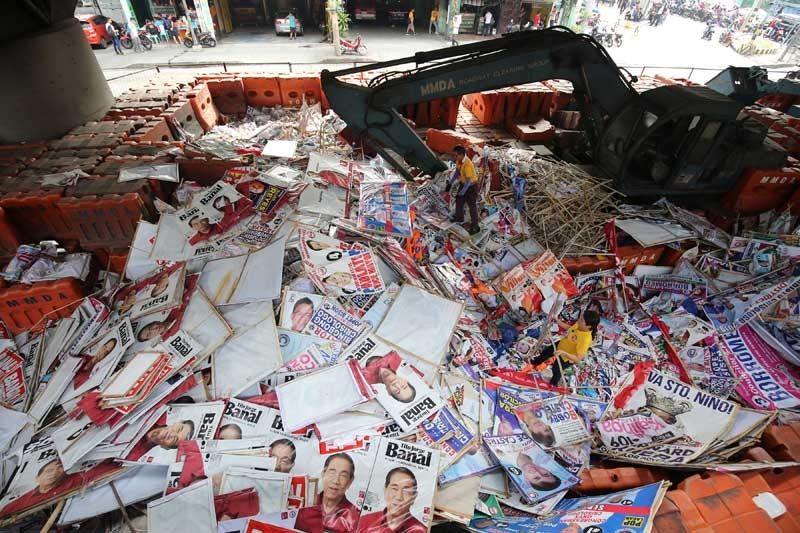 Francis Martinez, chief of the MMDA Parkway Clearing Group, said a total of 23.42 tons of garbage were hauled a day after the midterm elections.

Martinez said they took down 21,700 tarpaulins and posters hung on electric posts.

On March 1, the MMDA launched “Oplan Baklas” and removed 134,700 illegal campaign posters in the metropolis.

“We have collected 168.84 tons of campaign materials this midterm elections,” Martinez said.

This is lower compared to the 2016 elections where the MMDA hauded 206 tons of garbage.

Manila, Parañaque and Quezon City registered the most number of election trash, according to Martinez.

Meet The Pinay Behind Those Popular In-Flight Voice-Overs