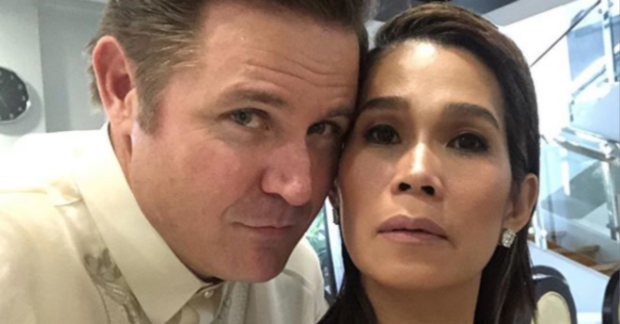 Pokwang and Lee O’Brian have been happy together for years, but doubts are still thrown at them about their relationship.

The two talked about their love story on the online show “” hosted by Toni Gonzaga on Saturday, May 30.

Toni asked the comedienne about the biggest challenge they have faced together.

(Actually we are still going through it. “You will just be used by him.” They have not yet moved on from that.)

(We already have a child. Is that not enough proof that we love each other? He left whatever he had in America and he did not know what he would face here.)

“Dedma na lang kami kasi mas kilala namin ang isa’t isa,” she said of how they handle the critics. (We ignore it because we know each other better.)

The two met on the set of the 2014 film “Edsa Woolworth” where O’Brian played her love interest.

“I thought she was obviously very beautiful. She was leaning against a car with her jacket, shades and she was just hanging out like focused, sitting there, maybe playing hard to get?” O’Brian said of his first impression of Pokwang.

“I’m just avoiding to talk to you because I’m trying to save my English,” the comedienne told her husband in jest.

(I said the way he kissed was amazing… He is such a gentleman. He did it properly so that you wouldn’t get offended.)

O’Brian said he started pursuing her after the film was released. The couple welcomed a daughter, Malia, in 2018. Niña V. Guno/JB