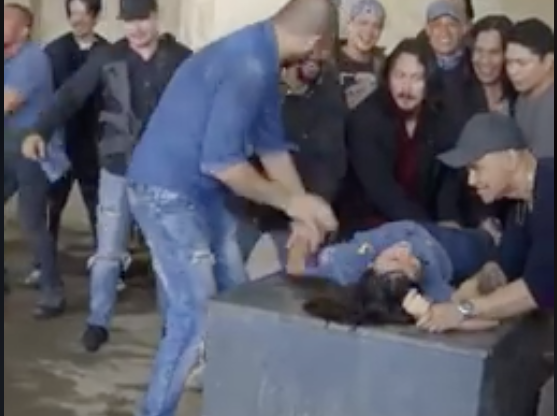 MANILA, Philippines – The Philippine National Police (PNP) said Tuesday it may consider the cancellation of the Memorandum of Understanding (MOU) it signed with executives of the television network ABS-CBN after an episode of “Ang Probinsyano” series showed two policewomen in uniform being raped by members of a criminal syndicate.

“In light of the concern raised by netizens and police officers on ‘Ang Probinsyano’ scene where policewomen in uniform were being harassed and raped, we will talk to the production staff of ABS-CBN and look at possible violation of our existing Memorandum of Understanding,” PNP Deputy Spokesperson Lt. Col. Kimberly Molitas said in a statement.

Molitas was referring to the MOU signed between executives of the PNP and ABS-CBN in November 2018, where the PNP allowed the production team of the long-running television series to use police uniforms and equipment but with supervision from police officials.

This support was earlier withdrawn after PNP chief Gen. Oscar Albayalde called out the show for portraying the PNP of having a scalawag top cop.

“Depending on the extent of the violation we may warn them or rescind the said MOU,” Molitas said. /jpv