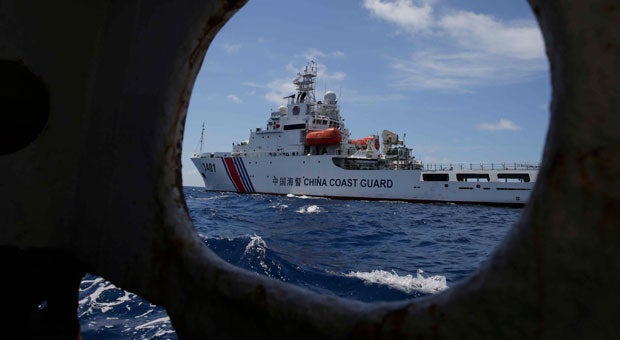 MANILA, Philippines – Foreign Affairs Secretary Teodoro Locsin Jr. has ordered the filing of a diplomatic protest over the presence of Chinese vessels in Ayungin (Second Thomas) Shoal in the West Philippine Sea.

@DFAPHL I'M IN MOSCOW. DO I HAVE TO FLY HOME TO FILE THE GODDAMNED DIPLOMATIC PROTEST MYSELF? THAT'S THE MILITARY SPEAKING. NOT SOME FRIGGIN' CIVILIAN MEDIA OUTLET. FILE NOW!!! https://t.co/VGMON399dk

Locsin is currently in Russia as part of President Rodrigo Duterte’s official delegation for his five-day official visit.

Ayungin Shoal is around 20 nautical miles from Panganiban (Mischief) Reef, one of the features occupied by China in the Kalayaan Island Group that it transformed into military outposts.

The Philippines maintains presence in Ayungin Shoal through BRP Sierra Madre, a transport ship intentionally grounded to serve as a military outpost.

The Philippines had filed several diplomatic protests over China’s incursions in the disputed areas.

Beijing has been pushing for its expansive claims in the South China Sea, refusing to recognize the 2016 ruling by the Permanent Court of Arbitration (PCA) that invalidated its ambitious nine-dash line feature which claims virtually the entire South China Sea.

Meanwhile, Duterte has opted to soften his stand on the PCA ruling and capitalize on Chinese economic grants and assistance packages to help fund his administration’s infrastructure projects. /gsg