Patrick to fans: No need to worry about my sleeping habits 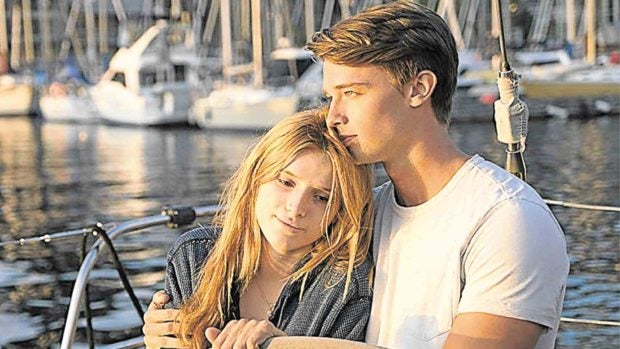 Patrick Schwarzenegger, son of action star Arnold Schwarzenegger and Kennedy scion Maria Shriver, posted a message on Sept. 18 on Instagram to thank his 1.3 million followers for greeting him on his 26th birthday.

The handsome actor-model began acting at age 10 in Fil-Am actor Rob Schneider’s “The Benchwarmers,” then rose to leading-man status in his 2018 romantic starrer with Bela Thorne, “Midnight Sun.”

In the post, Patrick also addressed some health issues raised by his fans, which he said was really no cause for concern.

“I turn 26 today,” he began with a smile. “I just [finished] a 5:30 a.m. workout, which is fitting because I was born at 5:30 a.m. I think that’s why I wake up at that exact time every day. First off, thank you to everybody who has wished me happy birthday, and to those who [sent me] DM (direct messages) to say that they’re worried about my sleeping habits.

“Trust me, I sleep like a freaking boulder. At night, I’m out like a rock. I just wake up super early because I have a lot of energy and am always excited about the day. I just want to say I’m passionate about what I do, I’m loving life and I’m happy. Thank you for following me, it’s greatly appreciated.”

Patrick will next be seen in the title role of Adam Egypt Mortimer’s horror thriller “Daniel Isn’t Real,” about a troubled college freshman who resurrects his imaginary friend to help him cope with a violent trauma. He’s also in the crime drama “Echo Boomers” with Alex Pettyfer.

Hmm. Where’s The Terminator when you need him? —RITO P. ASILO