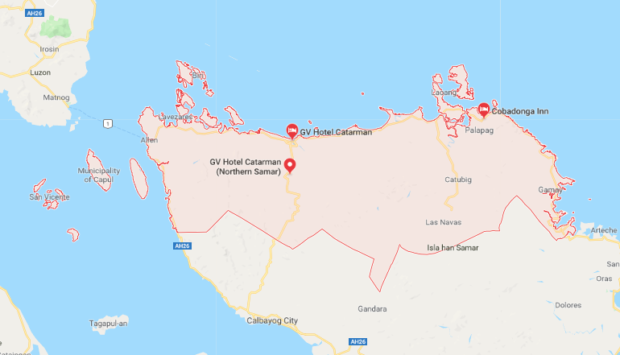 TACLOBAN CITY –– The Philippine Coast Guard and the police arrested an official of a passenger vessel for alleged possession of several firearms and ammunition on Wednesday, October 2.

Jhunry Manulat, 40, and a second mate of M/V Nathan Matthew, was caught while the vessel was docked at the Santa Clara Port in Allen town, Northern Samar about 2:30 p.m.

Lt. Paterno Belarmino, head of the Coast Guard in Northern Samar, said they were able to arrest Manulat, a native of Danao City, Cebu, after someone informed them about the suspect’s activities.

With the help of K9 dogs, they were able to seize several firearms and ammunition which Manulat hid at the ceiling of his cabin.

The suspect did not resist arrest during the operation and is now detained at the Allen Police Station.

He would face charges for illegal possession of firearms and ammunition, Belarmino said.

“Based on our informant, the suspect is into gun running which he sourced from Danao. He sells them to the different remote towns in Northern Samar like San Vicente, Capul, and even in Allen,” the Coast Guard official said.

The suspect reportedly sold these firearms at P10,000 to P15,000, depending on the kind of firearm.

“More or less, the amount from the seized firearms and ammunition could reach P30,000 but it is not the amount that we are after. It’s the suspect himself,” Belarmino said.