Passenger stung by scorpion on airplane during flight 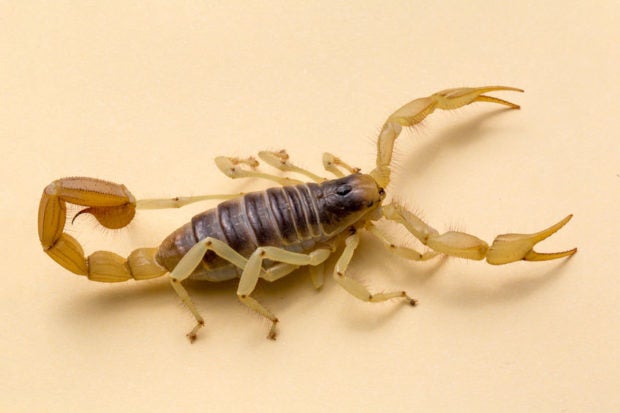 A woman was stung by a scorpion while on a flight from San Francisco to Atlanta in the United States, and did not find out about what stung her until she went to the lavatory.

The plane was already in the air when the woman (unnamed in report) felt a stinging sensation on her leg last Thursday, Dec. 5, as per TMZ on Dec. 6.

When the stinging felt more intense, she left her seat and made her way to the lavatory. After entering the restroom, the reason behind her stinging sensation — a scorpion — fell out of her pants.

Crew members from the flight immediately consulted with a physician on the ground when they found out about the incident, a spokesperson for United Airlines said in the report. The physician also provided medical guidance.

“Upon landing in Atlanta, the flight was met by medical personnel and the customer was transported to a local hospital,” the airline’s representative was quoted as saying. “We have been in contact with our customer to ensure her wellbeing.” Ryan Arcadio/JB