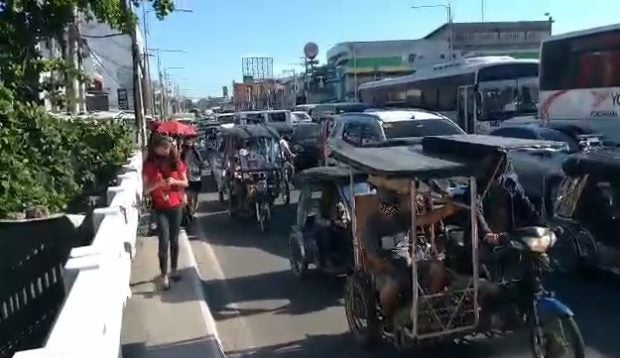 Inside Angeles City, vehicles hardly moved in the villages of Balibago and Pulong Cacutud near Ayala’s Marquee Mall.

The provincial government had stopped providing free rides since Saturday (May 30). Few jeepneys were allowed to return to the road as many others failed to secure permits from the Land Transportation Franchising and Regulatory Board.

As of Monday noon, Fajardo said police have not made any arrest for violations of quarantine protocol.

She said police have maintained checkpoints that were erected since March 16 when enhanced community quarantine was imposed by President Rodrigo Duterte on Luzon.

“We have been lenient this Monday because we wanted to help motorists adjust to the GCQ so showing company ID was enough,” Fajardo said.