Palace to Pacquiao: Best of luck vs. Thurman 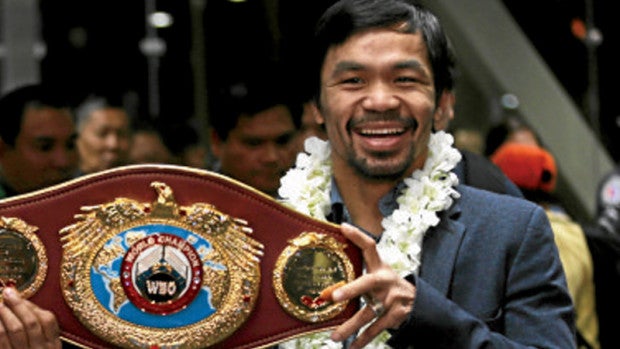 “We wish him the best of luck in the world,” Presidential Spokesperson Salvador Panelo said in a Palace briefing on Thursday.

Malacañang has hailed Pacquiao “for not only bringing honor and glory to our flag” but for “once again uniting all Filipinos worldwide with his display of athleticism, power and Filipino pride.”

Pacquiao retained his WBA regular welterweight title after earning a unanimous decision victory over Adrien Broner in January this year.