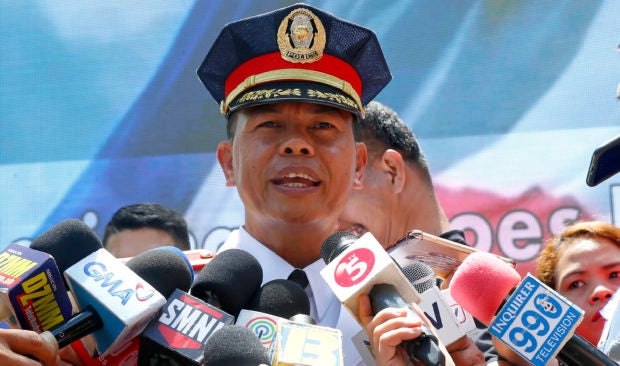 MANILA, Philippines—President Rodrigo Duterte can still change his position on embattled Police Lieutenant Colonel Jovie Espenido, Malacañang said Monday as it stressed that the controversial police officer was not yet off the hook.

“His position is on the basis of circumstances or intelligence given to him. But if those circumstances change, then, necessarily, he would have to change his position,” Panelo said in a Palace briefing.

Interior Secretary Eduardo Año, who earlier confirmed , said he would still have to go through the adjudication process just like over 350 other police officials on the list despite Dutertes vouching.

Panelo agreed and claimed that Duterte “always relies on the presumption of innocence of people” unless proven otherwise.

(Secretary Año has his own investigation. The same goes for PDEA and the President. On the basis of his own study, the President, for him, Col. Espenido is clean. That’s what he’s going to believe.)

(But subsequent to that, if you’re going to show him new pieces of evidence that will prove Espenido’s involvement, that’s a different case.)

Espenido was among the key figures in implementing Duterte’s controversial war on drugs. He was in charge of the drug operation that led to the killing of Ozamiz City Mayor Reynaldo Parojinog and several others. He was also police chief of Albuera, Leyte, when its mayor, Rolando Espinosa, was killed by lawmen during the service of a warrant in his detention cell.

But Malacañang claimed that Espenido’s inclusion in the list will not tarnish the supposed gains of the war on drugs, noting that the campaign, which has drawn international condemnation, is “still a success.”