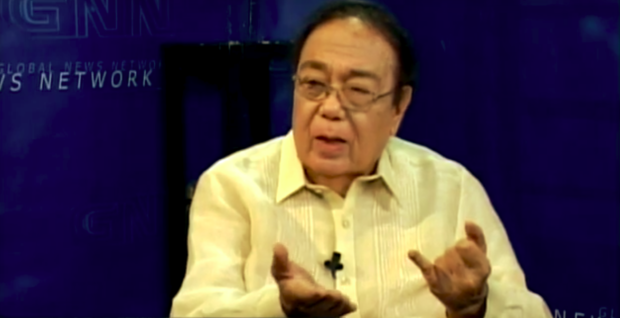 MANILA, Philippines — Malacañang extended on Sunday its condolences to the family and friends of former Senator Rene Espina after the latter’s passing.

“The Filipino people are indeed grateful for the long track record of public service Senator Espina gave to the nation,” Panelo said in a statement.

“May eternal rest grant to this faithful servant of the Lord, may perpetual light shine upon him, and may his soul, through the mercy of God, rest in peace,” he added.

According to Panelo, it was Espina who crafted the first anti-drug law in the country known as the Dangerous Drugs Act of 1972.

Espina also served as secretary of the Public Works, Transportation, and Communication during the Marcos administration.

Apart from this, he further served as an administrator of the Social Security System during the Macapagal administration at the age of 33.