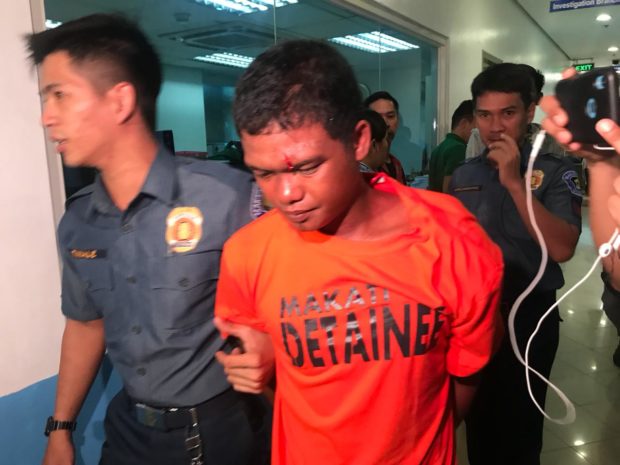 MANILA, Philippines – Malacañang condemned on Thursday the rape-slay of a one-year-old infant in Makati City.

The boy was found dead in an abandoned building in Makati on Wednesday after a construction worker raped him.

According to 28-year-old Gerald Reparip, he choked the infant after raping the victim Tuesday night.

“We condemn in the strongest terms the barbaric rape and murder of a one-year-old boy in Makati,” Presidential spokesperson Salvador Panelo said in a statement.

“The tragic news has reached the attention of the President and he, like all Filipinos, has been extremely outraged by this heinous criminal act,” he added.

He said “the President ordered the PNP to conduct a thorough investigation and to leave no stone unturned” that would “lead to the prosecution of the perpetrator of this heinous crime.”

Reparip is already under the custody of the Makati City Police. He will be facing a complaint of rape with homicide. The suspect will also be made to take a test for illegal drug use, police said.

The Palace, Panelo said, “commends the Philippine National Police for the immediate arrest of the suspect who admitted to this grisly crime.”

“Given the atrocity of this felony, the investigation is also being undertaken to determine whether the suspect is under the influence of drugs,” he added.

Panelo assured everyone “that authorities will leave no stone unturned to give justice to the young boy and his family.”/ac