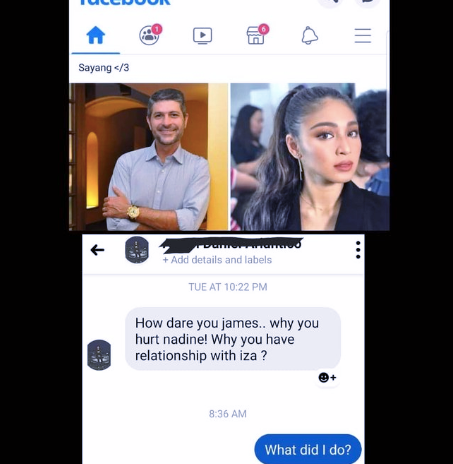 MANILA, Philippines — Motoring journalist and vlogger James Deakin has been dragged into the news of actors James Reid and Nadine Lustre’s breakup that continues to take social media by storm.

“Paano ako nadamay dito?” Deakin captioned on Wednesday a screenshot of a social media post of himself alongside Lustre with caption “Sayang.”

The screenshot that he posted on his Twitter account also showed a message he received that read “How dare you james.. why [did] you hurt nadine! Why [do] you have [a] relationship with iza?” to which Deakin replied with “What did I do?”

Deakin was not the first to get caught up in the love team’s split as actress in the breakup.