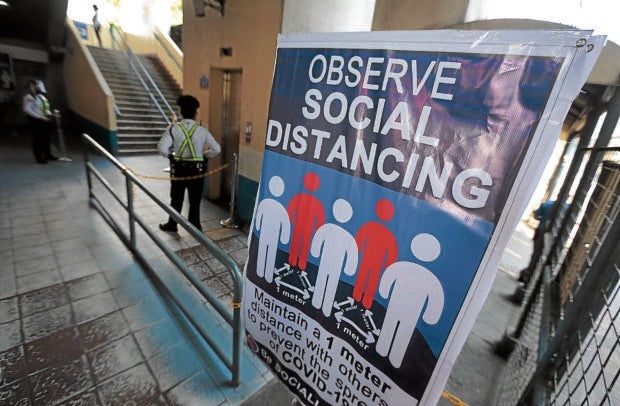 MANILA, Philippines — Be cautious in “joining or organizing gatherings” this holiday season as there has been a slight uptick in the number of COVID-19 cases this November, OCTA Research warned the public in its latest report.

“While this may be a cause for concern it should NOT be a cause for alarm or panic,“ OCTA research said. “ The situation in the country is still manageable. However, the data reinforces the view that the current positive trends in the Philippines and in the NCR are tenuous and can easily be reversed if the government, the private sector, and the public become less vigilant and complacent in the fight against COVID-19.”

“There is evidence from Europe and North America that increased social mixing among households is driving the second wave of COVID-19 in these parts of the world,” the group added.

“To prevent a similar wave here in the Philippines, we encourage the government and LGUs to enforce the current GCQ limit of 10 persons per gathering in the NCR and to discourage office parties and other social events, especially as we approach the Christmas season,” the research team stressed.

“Family gatherings should be limited in size and should be celebrated outside to mitigate transmission.  To this end, we also echo the DOH call for citizens to avoid as much as possible crowded and enclosed spaces,” it added.

According to the group, the Philippines was able to maintain a low reproduction number of 0.83 from Nov. 17 to 23. But it was unable to determine what exactly caused the slight increase — whether it was due to the recent typhoons, an overall “pandemic fatigue” due to adherence to health protocols, the opening of the economy, or a combination of all these factors.

The researchers also pointed out that late results or backlogs may also be the reason, as some testing sites temporarily stopped operations during the onslaught of Super Typhoon Rolly and Typhoon Ulysses.

Whatever the case, the group said, “what is clear is that if this trend continues, it would indicate a gradual rise in cases of COVID-19.”

The government, particularly the DOH, have been pushing for online, instead of in-person, Christmas parties to avoid new transmissions.

As early as October, local executives expressed concern over a possible spike in COVID-19 cases if people persist in having in-person Christmas parties.