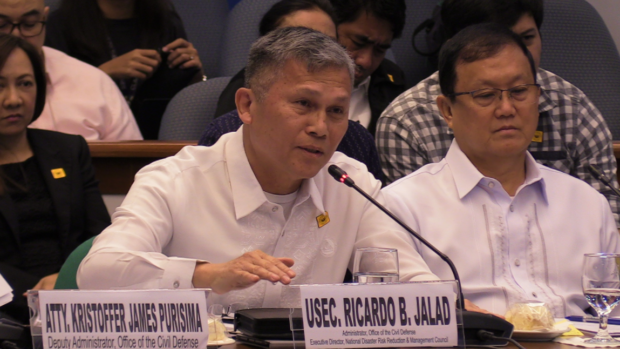 “We are optimistic but hopefully, the local government units would carry out more preemptive evacuation while they still have time to do so in order for us to attain that goal,” NDRRMC Executive Director Ricardo Jalad told reporters Monday.

“We can no longer take out the houses in flood-prone areas so we will just ask the residents to leave their homes for the meantime,” he added.

The typhoon slightly intensified Monday afternoon, hours before its expected landfall over the Albay-Sorsogon area.

Authorities have evacuated thousands of people from their homes as Typhoon Tisoy edged closer to Luzon. Domestic flights have been canceled and sea travel was suspended in areas affected by the typhoon. Classes were also suspended in anticipation of the typhoon’s impact.