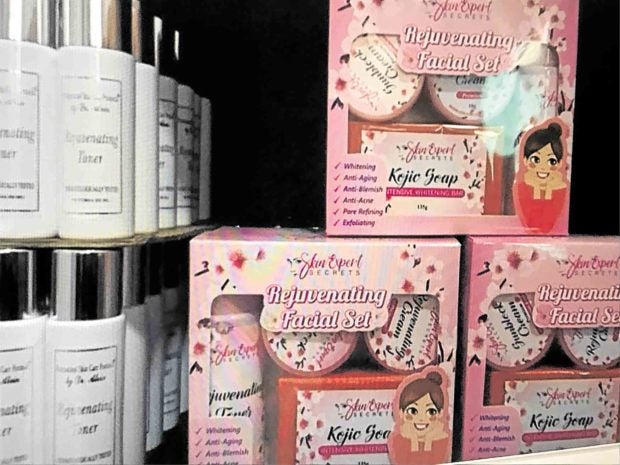 Agents of the National Bureau of Investigation have seized over P1 million worth of whitening soap and cosmetic products that reportedly did not have the necessary permits from the Food and Drug Administration (FDA).

Josephine Tuan, the alleged owner of the company, was not around when its office and factory were raided simultaneously last week. She faces charges of violating the Food and Drug Administration Act of 2009.

Among the firm’s products were the Professional Skin Care Formula toners and soaps of different varieties, including glutathione, kojic acid and oatmeal.

Other products seized from the company office on Ragang Street in Barangay Manresa, Quezon City, were unbranded soaps and peeling lotions.

The NBI said that these products were not registered with the FDA which had also not issued a license to operate to the company.

NBI operatives who raided the company’s manufacturing plant on Simoun Street in Barangay La Loma, Quezon City, found out that the workers were not using the proper gear in the making and handling of cosmetic products.