Curfew hours to stay even during GCQ—Roque 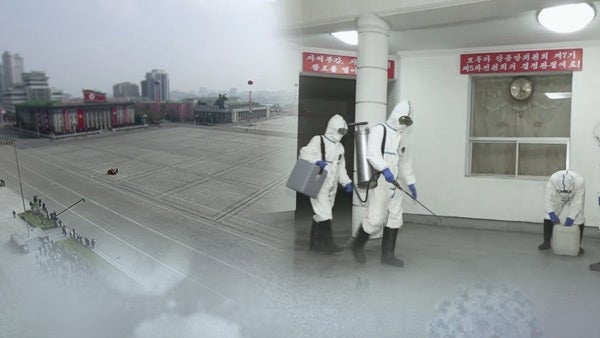 SEOUL — North Korea is among the 49 countries that are at high risk of food shortage and poverty due to the global coronavirus pandemic, the United Nation’s World Food Program said Thursday.

In its report, titled “COVID-19: Potential Impact on the World’s Poorest People,” the WFP analyzed the economic and food security implications of the pandemic, stressing “for many poor countries, the economic consequences will be more devastating than the disease itself.”

For North Korea, it said 12.2 million people, about half of the population, are chronically food-insecure, putting the country the fourth highest among 39 countries that are reported to suffer chronical food insecurity, after Nigeria, Bangladesh and Ethiopia.

Among the total 49 high-risk countries, 33 were from Africa and the Middle East, followed by eight in Asia, six in South America and the Caribbean and two from Eurasian countries.

The report also raised concern that Western Africa and parts of Asia could be affected by reduced agricultural labor due to containment, or lack of access to agricultural inputs due to supply chain disruptions.

“COVID-19 is unfolding from a global health issue into an economic emergency — and could further unravel into a food security emergency if supply chain disruptions lead to panic buying and anxiety starts to rule global food trade,” the WFP said calling for international assistance to prevent millions from suffering dire hunger.

North Korea continues to insist it has no confirmed cases of coronavirus infection, despite mounting doubts while the global pandemic has affected almost all parts of the planet.

Health officials have warned that if COVID-19 spreads to North Korea, its weak public health system may not be able to cope, as it lacks proper medical supplies, personnel and infrastructure to deal with an outbreak.