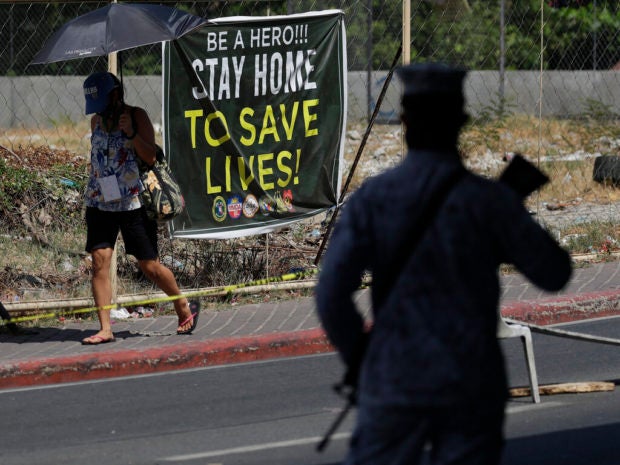 MANILA, Philippines – President Duterte’s decision to revert Metro Manila and nearby provinces to modified enhanced community quarantine (MECQ) is a step in the right direction and is not an admission of failure.

Malacanang maintained that the Philippines is still headed in the right direction, citing the low number of deaths from the novel coronavirus pandemic in the country.

“As long as we have a low number of deaths, we are doing the right thing. And I think we are headed in the right direction that we decided to go back to MECQ,” said presidential spokesperson Harry Roque.

He added: “Our mathematics modelers said this is a guaranteed way to lower our R0 or reproduction rate of the disease and lengthen the case doubling rate.”

Roque made the remarks as Metro Manila, Bulacan, Laguna, Cavite and Rizal reverted to the stricter MECQ as requested by healthcare workers, who cited overwhelming infections in these areas.

The MECQ will take effect on Tuesday, August 4 and will last for 15 days until August 18.

Roque maintained that critical and severe cases remain low at two percent even if COVID-19 cases rose to more than 106,000 on Monday.

Quoting the Nikkei Asian Review, he pointed out that at least 70 percent of the world’s nations have reported a rise in infections and are experiencing a second wave of the pandemic. He said other countries have also imposed new restrictions on mobility to curb transmissions.

Roque maintained that the decision to shift upwards from the general community quarantine is not an admission of failure on the part of the government.

“It’s not (an admission of failure). We were within the GCQ criteria. The initial strategy is to resort to localized lockdown and intensified testing, tracing and treatment,” he said.

Roque added that the public should also heed the call to stay at home so that the University of the Philippines’ 220,000 case projection for August will not be met.

For his part, National Task Force COVID-19 chief implementer Carlito Galvez Jr. agreed, saying the renewed lockdown and restriction was part of the government’s strategy in managing the pandemic.

He said the lockdowns are the “hammer” part of the “hammer and dance” tactic, and that it was previously done in Cebu City which was placed under strict lockdown in the past month.

“We recalibrate and reconstitute our plans. It is a rolling plan; it is a crisis action plan… The crisis management plan is a rolling plan. If we see things that are not managed well, we have to fall back a little and fix it,” Galvez said.

He said the government would use the MECQ to recalibrate strategies, particularly in addressing transmissions in workplaces.

Galvez said the Department of Trade and Industry would be beefing up the enforcement of minimum health standards in the workplace to address the rising number of transmissions.

He added that the trend in the transmission is now shifting to infect entire families because of family celebrations.

“In Nueva Ecija, there were zero cases. But because a family from Manila invited them, there was a family reunion and 60 were contaminated. Meaning, mass gatherings, workplace and some family gatherings are the sources of the new transmissions,” Galvez said.

He added: “We should recalibrate and see what went wrong in the minimum health standard, how to beef it up and make our countrymen understand the importance of social distancing, face masks, face shields and personal hygiene.” [ac]

Fall Activities During Covid: What's Safe, and What Might Be Risky