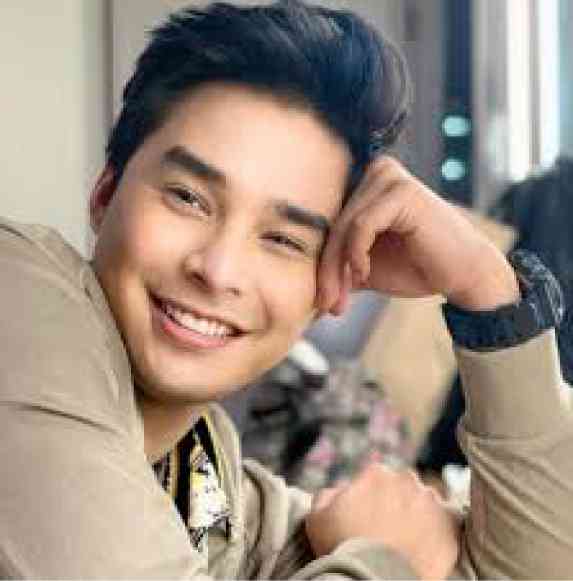 McCoy also refused to say whether or not he now prefers to have a girlfriend who isn’t from show biz over someone with a celebrity status, because a relationship with the former is always more private and easier to manage.

“But, you can’t force your heart to choose one person over the other just because you’ve set specific qualifications on whom to date,” McCoy told Inquirer Entertainment. He added, though, that while he is single at the moment, he is “very happy… I have no problem being alone.”

McCoy admitted that what happened to his most recent relationship—with actress Elisse Joson, the other half of the McLisse onscreen tandem—had made him feel unsure of himself.

“I felt overwhelmed. Nadala ako do’n sa dati,” explained McCoy, who met Elisse when they joined the reality talent search “Pinoy Big Brother: Lucky 7” in 2016. “But I learned a lot from that experience. What’s important is that we ended up as good friends and coworkers.”

McCoy also admitted to have been interested in dating his “Block Z” costar Miles Ocampo. The actress, however, said in an interview that she preferred for the two of them to remain good friends. “I guess the timing wasn’t right. If we decided to push through with the relationship, it just might not have ended well,” said McCoy, but didn’t elaborate.

“Miles is a good person. I respect her as a woman,” added McCoy, who is also a member of the Hashtag dance group of “It’s Showtime!” “It’s really the girl who decides what happens to a relationship. What’s important is that we were able to maintain our friendship.”

Towards the end of this interview, McCoy seemed to have already made up his mind. He said he preferred “a relationship that’s more challenging to maintain… You have to be made of tougher stuff if you’re dating a celebrity girlfriend,” he explained. “There’s really no one at the moment. But if ever I fall in love, I would first make sure that what we have is really something solid and strong before I go public with it.”

McCoy is set to do the film “The Mirror,” with Heaven Peralejo and Yves Flores, for Star Cinema and T-Rex Productions. He is also a cast member of the weekly series “24/7,” starring Julia Montes, Arjo Atayde and JC Santos.

His “Tikboyong,” an episode of the fantasy anthology “Wansapanataym” that first aired in 2016, is currently airing on the Kapamilya network. This was because ABS-CBN has ordered the suspension of TV and film production as a response to the monthlong Luzon-wide community quarantine imposed by the government to help curb the novel coronavirus outbreak.