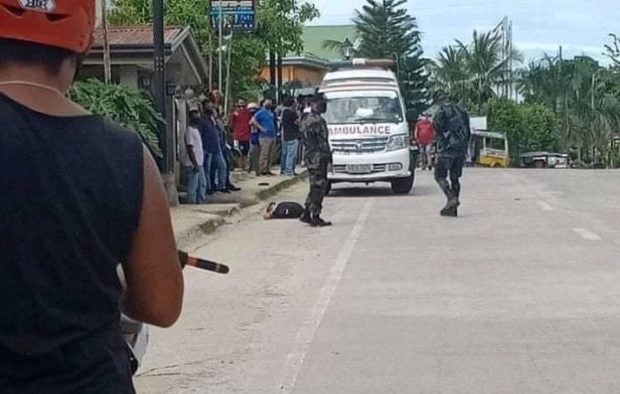 TAGBILARAN CITY—A man about to receive COVID-19 relief cash aid from the government was gunned down by two suspects on a motorcycle in the town of Sierra Bullones, Bohol province on Thursday (April 23).

Auxilio Cafe, 35, who lives at the village of Magsaysay in Sierra Bullones, was in the municipal hall to pick up his cash around 2 p.m., according to a report submitted to the Bohol police office on Friday (April 24).

Cafe went outside to look for an internet cafe to photocopy his documents, required for the release of his cash subsidy, when the gunmen came and shot him.

Witnesses said the gunmen wore bonnets and the motorcycle they used had no license plate.

Cafe was able to run but fell to the ground and died. He took five bullets in the body.

Cafe, according to police records, was a suspected drug pusher and was on the police drug watch list.

Police, however, said they have no motives for the killing yet and can’t identify the assailants.