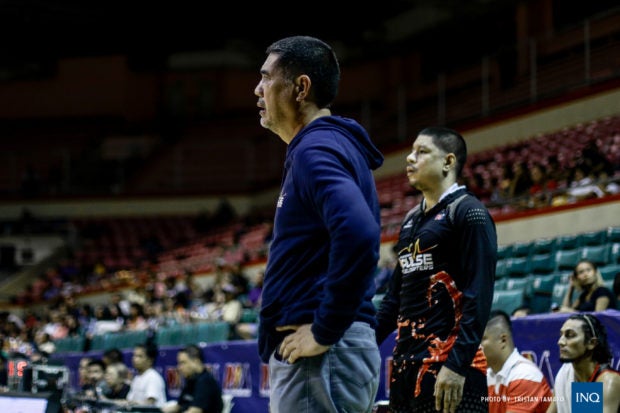 MANILA, Philippines—Phoenix just suffered what could be its most gut-wrenching loss in the PBA Commissioner’s Cup.

The Fuel Masters failed to get past also-ran NLEX, 87-85, Friday in a game they desperately needed to win to assure themselves of better odds in the playoff race.

The loss put Phoenix at the ninth seed with a 4-7 record and it would now have to rely on San Miguel, Alaska, Meralco, and Columbian for at least a chance at the eighth spot in the standings.

“These are now things beyond our control,” said head coach Louie Alas in Filipino. “We saw instances earlier in the game that could’ve been great situations for us but we couldn’t execute, so it’ll boil down to maturity.”

RJ Jazul then made a gutsy three-pointer to bring the Fuel Masters to within one, 86-85, with 5.2 seconds left.

After Jericho Cruz split his chances at the foul line with 2.6 seconds remaining, Phoenix had one last chance at the win, and a better shot at the eighth seed, but Matthew Wright’s last second heave was way off.

“This is a tough loss for us, we’ve had several chances I think three games. This is a question of maturity. We have to do lots of prayers. It is what it is, we really can’t do anything about it.”

Of the four teams that Phoenix would rely on, the seventh seeded Beermen have the best record at 4-5 while the Aces are at eighth with a 4-6 slate.

Meralco and Columbian are tied at the 10th spot at 3-7.

If the Beermen and the Aces win their remaining games, then Phoenix, Meralco, and Columbian are all eliminated from the playoff race.

Phoenix’ most viable chance at the playoffs is if the Bolts, who lost to NorthPort 93-92 in the day’s second game, and the Aces lose their remaining games.

That scenario would pit Alaska and Phoenix for a knockout game for the eighth spot.