Lorenzana defends gov't 'militarization:' We can serve after retirement 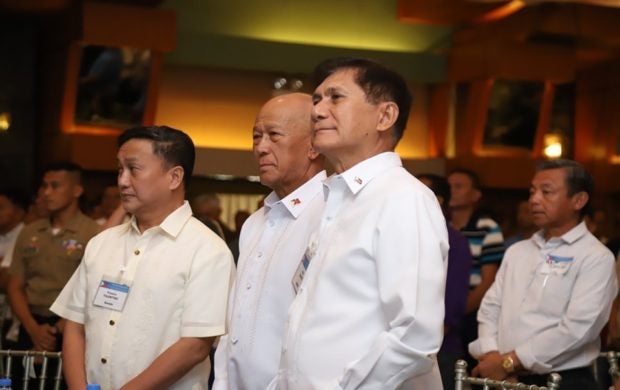 MANILA, Philippines — Former military men may still serve the public even if they have retired from service, Defense Secretary Delfin Lorenzana said, as he defended the allegations of “militarization” in the current government.

“Wala ba kaming karapatan magserve sa gobyerno kung retired na kami? I think we are also entitled to that because we also love our country,” the defense chief said.

On Friday, some 400 retired military and police officers and personnel currently elected or appointed in government were gathered at Camp Aguinaldo for “Samahang Serbisyo Kawal.”

“Their experiences are very inspiring, and we believe that it should be known by other people,” he said.

President Rodrigo Duterte has been criticized for appointing former police and military men to key positions in government.

Lorenzana played down allegations of “militarization” by critics, saying it was “unfounded.”

At one point in the program, Environment Secretary Roy Cimatu, one of the event’s speakers, called on the participants to express their loyalty to the President by doing the clenched fist salute. /jpv