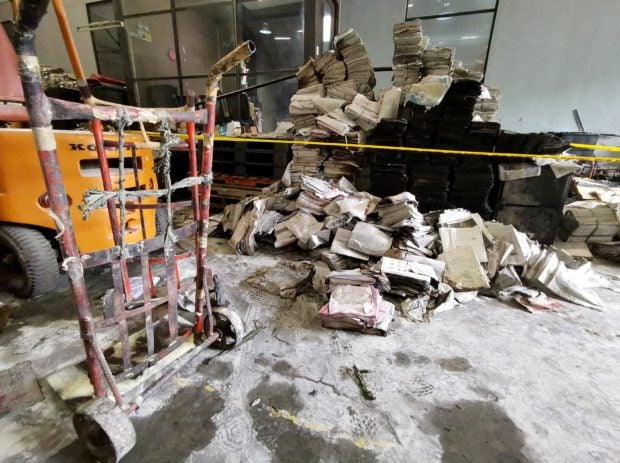 “We believe that this is another case of trying to silence the media in doing their job of exposing the anomalies, in and out of government. We strongly condemn this as we likewise condemn all attacks against the democratic rights of our people,” Zarate said in a statement Tuesday.

Fellow Bayan Muna party-list Rep. Ferdinand Gaite, meanwhile, said that the attack should not cause Abante and other media friends to back down and “instead, band together and advance the right of our people for transparency and accountability.”

ACT-CIS party-list Rep. Niña Taduran, for her part, appealed to the Presidential Task Force on Media Security to hasten its inquiry on the attack which she called “a blatant attack against press freedom.”

“The perpetrators of this barbaric act must be apprehended and the masterminds identified,” Taduran said Monday as she also appealed to the Philippine National Police to leave no stone unturned in its investigation.

Abante Managing Editor Fernando Jadulco, in a statement Monday, said the management and staff of Abante and Abante Tonite condemn this “dastardly attack,” which was the “first violent act against our group and its facilities since 1987.”

“We will not be cowed by this attempt to strike fear into our reporters, editors, and staff. Our commitment to hard-hitting journalism remains unshaken,” Jadulco added. /gsg