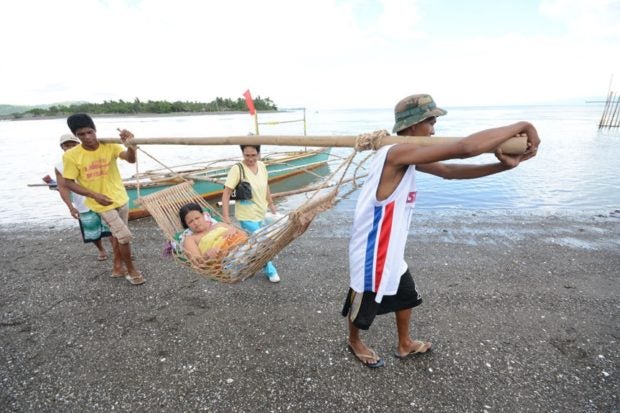 MANILA, Philippines — For all the glut of information on sex found on the net and various data platforms, misconceptions persist on most contraceptive methods, panelists and health workers said during a recent campaign program on family planning.

For a lot of men, vasectomy might well be death by a thousand cuts, if resistance against it were a gauge.

“Compared to tubal ligation among women, vasectomy among men is cheaper and safer,” said Beth Dumaran, vice president of the Midwives Association of the Philippines, who has been giving premarriage orientation and counseling to couples, where family planning methods are discussed.

But you cannot imagine the fears and myths that surround a procedure so simple it can be done in a clinic, she added during the program held in Makati City.

Unlike ligation, vasectomy carries with it the suggestion of emasculation, Dumaran said. “It is not castration, we keep telling the men. You will not lose your manhood or your macho image.  You won’t beget children, true, but you can still perform and find sex pleasurable.”

It should have been easy enough to explain the procedure and correct the misconceptions, but family planning educators and trainers on vasectomy are now harder to come by, she said.

Most of these advocates have retired or have passed on in the years, she said, when family planning campaigns  languished, stymied by administrations that frown on contraceptives, the objection of the Catholic Church, petitions filed by private groups, and a Supreme Court injunction that questioned the constitutionality of the law.

Commission on Population (Popcom) Undersecretary Juan Antonio Perez III confirmed the lack of doctors training for these procedures over the last few years, resulting in couples being unable to take advantage of them even if both methods are covered by Philippine Health Insurance Corp.

This could partly be attributed to former President Gloria Macapagal-Arroyo’s aversion to modern family planning, which Perez said caused a “decline” in the use of modern methods.

“She was against artificial [methods]. So no one was holding training. Naturally, there would be a decline. If you aren’t pushing for these methods, cases would go down, then no one would do these procedures. It’s a vicious cycle,” he said.

Add to that the lack of commitment among local government units (LGUs) that pay mere “lip service” to the responsible parenthood and reproductive health (RH) law enacted some seven years ago.

“They don’t provide the resources [and] don’t hire [health workers],” Perez said, adding that such lukewarm attitude undermines a couple’s desire to plan their family. The Popcom official, however, did not identify these LGUs.

How to reach 2M women

To date, the Popcom official said, reaching the roughly 2 million women who want to stop having kids remains a “major problem.”

But a P377.6-million budget that was provided the Popcom in March could address gaps in the implementation of the RH law and intensify the agency’s program to promote modern family planning, given that around 3 million couples still practice traditional contraceptive methods, which Perez said “don’t work.”

By October this year, Popcom is also expecting from the Department of Health some P200 million worth of implants that will be distributed to the various health centers.

Under the RH law, couples should be able to select from an array of family planning methods. But the Popcom continues to face limitations that stop it from offering all available methods to willing couples.

One such limitation is the embarrassment and stigma attached to discussing contraception openly, a problem that a visibility campaign sponsored by a coalition of 11 organizations seeks to address.

The campaign urges Filipinos to show their support for family planning openly with the “Do It Right” slogan and a distinctive hand sign of two fingers held up together—representing a couple—with the thumb in between to represent the contraceptive or safe-sex measure meant to strengthen their bond.

Although opinion polls have repeatedly shown that more than 70 percent of Filipinos support family planning, people remain reticent about expressing it publicly, the campaign organizers said.

“By showing that many others feel the same positive and celebratory spirit [about their beliefs], Filipinos can free themselves of old inhibitions,” said co-organizer Benjamin de Leon, president of Forum for Family Planning and Development Inc.

Indeed, questions raised during the campaign launch showed how millennials still have to hurdle the roadblocks left by their elders’ stagnant attitudes.

Where do I find an Ob-gyn who won’t judge me for choosing to use contraception, asked one.

Added Hyam Asher Bolande, board chair of DKT Philippines, which pioneered the mass distribution of condoms in the country:  “And tell your Ob-gyn, ‘Hey, I’m trying to Do It Right. You can help me.’”

Another asked: Should a salesclerk ask my age when I’m buying condom?

Perez responded: “Condoms are over-the-counter products which don’t need a prescription. No, they should never ask your age before dispensing a condom.”

What about the religious groups’ argument that it’s up to God when you should have a child?

Said Perez: “But that’s why the law is called responsible parenthood and reproductive health … so you can decide. We may have disagreements on the method, but in the end, it is still a voluntary process based on informed choices and scientific information—from health workers and not the pulpit.”

If anything, the visibility launch showed how unresolved many questions remain on RH, despite the country’s 100.98 million population, which is expected to grow to 142 million by 2045. —WITH A REPORT FROM INQUIRER RESEARCH