JV Ejercito pokes fun at his exclusion from 'Magic 12' 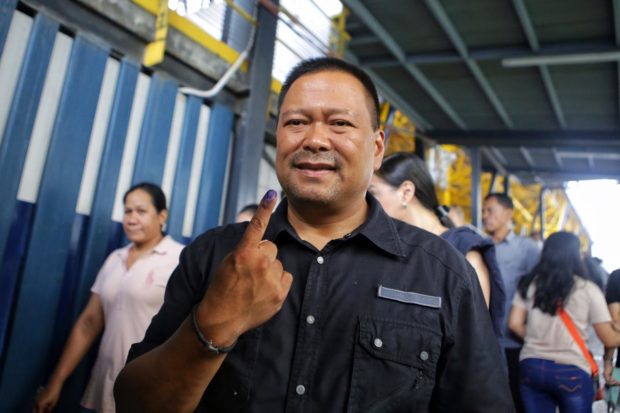 MANILA, Philippines — Reelectionist senator JV Ejercito still managed to poke fun of his 13th place rank in the latest senatorial elections results, blaming his exit in the Magic 12 to sleep.

“Natulog ka kasi (Because I fell asleep)!” he said in jest in a tweet posted Wednesday night.

Ejercito initially ranked 12th in the first batch of results in the senatorial race released merely 30 minutes after election precincts closed on Monday.

However, the senator had exited the Magic 12 when another batch of results was released in the early hours of Tuesday, or after a seven-hour glitch in the Parish Pastoral Council for Responsible Voting’s (PPCRV) transparent server.

(What they say is true, you should not sleep during the counting of votes. When the canvass of votes was first released at 6 p.m. for 34% of clustered precincts, I was able to breathe well because I was in the top 12. While waiting for the next batch of results, I fell asleep. When I woke up around 6:30 a.m., the canvass of votes has reached 90% and I was dislodged from the top 12).

Based on the partial, unofficial tally of the PPCRV)-Inquirer Transparency Server released 5:28 p.m. on Wednesday, Ejercito was in 13th spot with 14,026,126 votes.

Ejercito needs 239,068 votes to catch up with his fellow reelectionist senator Nancy Binay who is ranked 12th. (Editor: Eden Estopace)

See the bigger picture with the Inquirer's live in-depth coverage of the election here https://inq.ph/Election2019