Judging gig a 'burst of nostalgia' for grateful Morissette 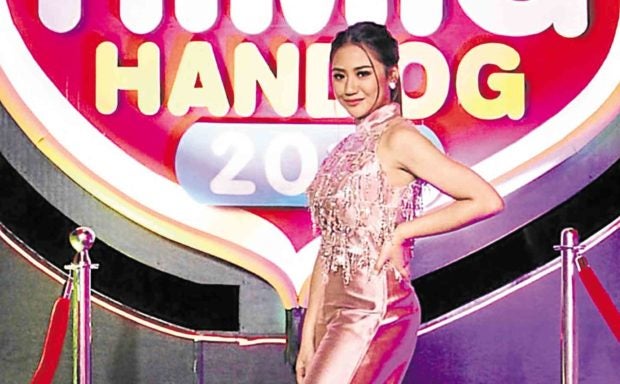 It was fascinating to see singer Morissette as she watched the interpreters of the Himig Handog songfest perform the songs of this year’s 12 finalists in “ASAP” last Oct. 13. The steel-voiced songstress behind the viral hit “Akin Ka Na Lang” told Inquirer Entertainment how thrilled she was to sit as one of the judges for the tilt’s 2019 edition.

The burst of nostalgia is understandable, of course. Before Morissette became a member of Himig Handog’s board of judges, she was a “suki” of its pool of exceptional interpreters, essaying such ditties as LJ Manzano and Joan Da’s “Naririnig Mo Ba?” (2017), Jungee Marcelo’s “Diamante” (2016) and her signature hit, Francis Salazar’s “Akin Ka Na Lang” (2014).

Seated beside us, she grooved and cheered as the entries were presented to the audience one after the other. When we asked her how it felt to be “on the other side of the fence,” Morissette said that getting asked to sit as a judge was “a huge honor.”

We wondered if the battle of nerves ever dissipated after three tries. She said, “It was always the same. Kabado ka pa rin every time. Actually, it never leaves you, because you aren’t just representing yourself. You’re performing a songwriter’s entry—and, of course, you want to do it justice.”

On Instagram, the pretty singer thanked Star Music’s head honcho Roxy Liquigan and hitmaker Jonathan Manalo for asking her to “judge the Top 12 entries and live performances” this year. “Himig Handog will always have a special place in my heart,” she wrote.