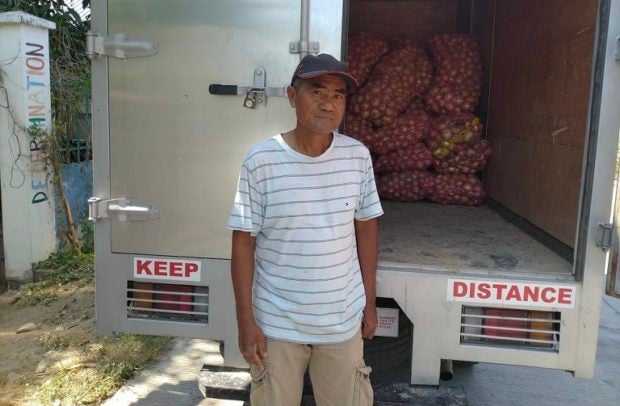 Farmers like Gregorio Quintela have had to cope with limited access to input supplies and buyers for their produce during the height of COVID-19 pandemic in the Philippines.

“Diretso pa rin ang aming trabaho sa bukid subalit maraming pagbabago. Nabawasan ang mga opportunities ng mabisa at malayang pakikipagkalakalan ng aming produkto. Nahirapan kami umangkat at bumili ng mga pangangailangan naming pambukid dahil sarado sila o out of stock (We are still farming but there have been changes. We have less opportunities to effectively and freely market our products. We found it hard to purchase farm inputs because our suppliers are either closed or don’t have stocks),” said Gregorio who is also the Manager of the Alcala Onion Growers Multi-Purpose Cooperative (AOGMPC) in Pangasinan.

When the community quarantine further limited movement in the province, Gregorio produced vermicast from earthworms and organic fertilizers from animal waste to use on his farm, and as an additional source of income. He continued to tend to his farm and, along with other farmers under AOGMPC, was able to deliver vegetables to local markets like Pangasinan Agri-Pinoy Trading Center and an institutional buyer, Jollibee Group.

AOGMPC supplies white onions, which is used in products such as Jollibee burgers and Greenwich pizzas. The cooperative has been a regular supplier of the company since 2013 through the Farmer Entrepreneurship Program (FEP) of the Jollibee Group Foundation (JGF).

Gregorio was not keen on farming when he was young. In fact, he grew up to be a marine engineer and seaman. When his father died, he went home to work on the family’s farm. Being new to the trade made him eager to learn, leading him to FEP where he discovered that farming can be viewed as a business.

JGF’s FEP enables smallholder farmers like Gregorio to earn more income by helping them to become agro-entrepreneurs with the capacity to transact with corporate buyers such as Jollibee Group. Other forms of related assistance such as trainings in finance and marketing was made possible through partnerships with the Department of Agriculture (DA), local government units, financing institutions, and other non-government organizations.

Key to establishing an agro-enterprise is the clustering approach, which enables farmers to become an organized unit capable of doing collective marketing. In 2012, Gregorio, together with his colleagues, formalized AOGMPC.

Farm clustering and consolidation is among the eight paradigms institutionalized by the DA under its Food Security Development Framework. By coming together, farmers can gain more access to trainings and incentives from the government. They also become more qualified to join the value chains of the private sector as practiced by Jollibee Group, which has been purchasing 25% of its vegetable requirements from smallholder farmers since 2009.

“The farming sector has a crucial role in achieving food security especially during this pandemic period. As we address the effects of the pandemic, we learn more about the gaps hindering farmers from becoming more productive and this enables us to find ways—together with our partners—to help them become more resilient,” said Gisela Tiongson, Jollibee Group Foundation Executive Director.

At present, the Jollibee Group continues to purchase vegetables from smallholder farmers and through FEP, helps farmer groups adapt to the current situation through capacity-building. From 2009 to 2019, FEP farmers have delivered more than 7 million kilos of vegetables to the company, amounting to more than P300 million in sales for various farmer cooperatives.