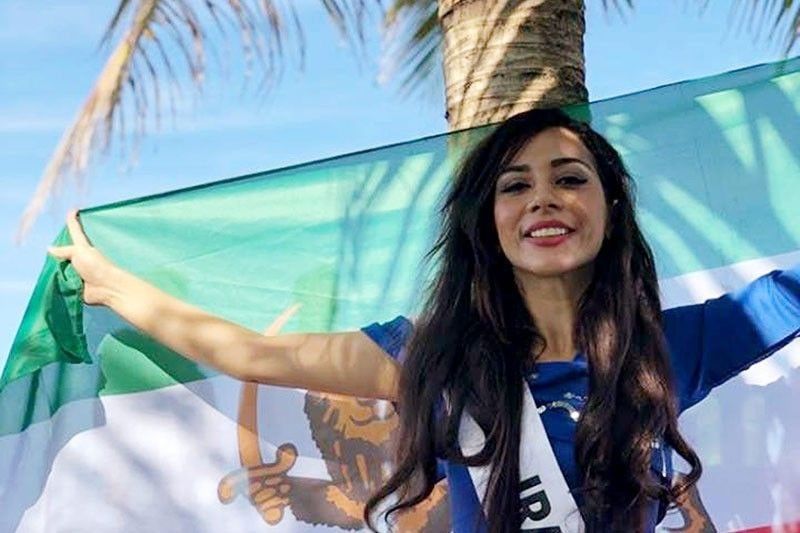 MANILA, Philippines — The Iranian beauty queen who has been held at the Ninoy Aquino International Airport (NAIA) since Thursday is seeking asylum in the Philippines, saying she feared she would be killed for breaking tradition and for speaking for the welfare of women in her country, a Department of Justice (DOJ) official said yesterday.

Justice Undersecretary and spokesman Markk Perete said they have terminated the exclusionary proceedings against the 31-year-old Bahareh Zare Bahari, who was Iran’s representative in the Miss Intercontinental 2018 pageant held in Manila.

“Based on information received from the Bureau of Immigration, Bahareh Zare Bahari was prevented from entering the Philippines because of an Interpol red notice issued against her. The red notice is based on a criminal case for assault filed against her in Iran by a fellow Iranian, which assault allegedly happened here in the Philippines,” Perete said.

“While the exclusionary proceedings against her has been terminated, Bahareh remains in BI custody and could not be sent back to Iran as she has filed an application for asylum. Such application the Department of Justice shall resolve in due time,” he added.

Bahareh won’t be sent back just yet until her application for asylum is resolved, according to Perete.

“The BI may have set her return for Iran before she filed her asylum application,” the DOJ official said.

Perete is still awaiting information from the BI as to when the Iranian national filed her petition for asylum.

He also clarified that her exclusion is different from a deportation case.

Last Thursday, Bahareh arrived at the NAIA Terminal 3 aboard a Cebu Pacific flight from Dubai and was excluded.

There were also reports that she is also a respondent in an assault and battery case pending in Dagupan, Pangasinan, but she denied the allegations.

It was also alleged that she lied about her age. Her pageant profile indicated that she was only 21 when she joined, but the BI said she was already 31.

Bahareh claimed that she is studying in the country and in her last year as a dentistry student.

She also claimed that her life would be in danger if she is sent back to Iran because she violated certain traditions such as joining pageants.

The beauty queen also reportedly questioned why was she not intercepted by the BI before as she has been traveling in and out of the Philippines since 2014 and even extended her visa last Sept. 9.