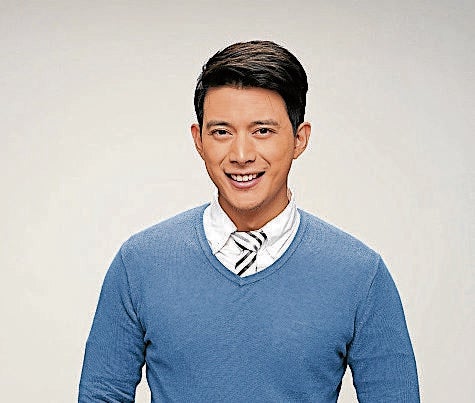 Mike Tan’s good looks and strong presence are a given—and, up close, he’s even more striking and charismatic, especially when he’s far away from the rigid formality of show biz functions. After all, you can’t be declared “StarStruck’s” ultimate survivor (along with Ryza Cenon, for its second season in 2005) if you don’t have the “potential” to make it big in the biz.

And while Mike has yet to reach the pinnacle of stardom enjoyed by the enduring likes of Jennylyn Mercado and Mark Herras, the talent search’s first big winners, the 33-year-old actor has nonetheless been consistently cutting his thespic teeth in various GMA 7 teleseryes—whether as a lead star (“Ika-6 na Utos”), supporting actor (“Kara Mia”), in cameos and special appearances (“Babangon Ako’t Dudurugin Kita”) or as a contravida (“Legacy”).

While some insiders consider the thespic flip-flopping a liability, others see it as a measure of versatility.

“That’s why I’m grateful to GMA 7 because the Kapuso network has always given me a platform to show what I could do as an actor,” Mike told us in an interview. “Sila ang nagbibigay sa akin ng trabaho. All I need to do is to be aware of what’s up for grabs, then it’s up to me to fight for a role and prove to them that I’m right for it.”

And even if talent searches were a dime a dozen before the quarantine period, Mike says they’re the way to go for many ambitious beginners who want instant visibility. His batchmates in “StarStruck’s” Season 2 included former Miss World Megan Young and LJ Reyes.

“Talent shows are good enough to jump-start a newbie’s career, but sustaining your 15 minutes of fame is another matter,” he explains. “So, my advice to show biz hopefuls would be: Do not take anything for granted—which was I initially did after winning in 2005.

“‘Yan ang naging mali ko (that was where I got it wrong), perhaps because I was still too young (he was 17 at the time) to realize that it was an opportunity that I needed to seize. In those days, I just went from paycheck to paycheck, so nothing was happening to my career for some time. It was just raket to me. But when the projects started to dry up, that was when I realized it was something I wanted to do for the long haul!

“So, I had to quickly reassess myself and find out what my strengths were as a performer. Was I better as an actor, singer, dancer or a TV host? I can’t really do all of them, so I decided to focus on acting—which has always been my strength, even when I was competing in ‘StarStruck’—and the rest is

Thereafter, Mike yearned for artistic growth, so he didn’t stop there. He began taking acting workshops and, under Nanding Josef’s stewardship, even went to CCP (Cultural Center of the Philippines) for more experience and training.

“The experience was a complete turnaround for me,” Mike recalls. “Marky Cielo, who won ‘StarStruck’ in 2006, was rehearsing one of the segments before he passed away. Yes, it didn’t pay much, but I came out of it appreciating the value of discipline and hard work.

“Pagdating mo sa rehearsal, it isn’t enough that you’re familiar with what you’re supposed to do in your head—you have to be prepared. You’re expected to know your lines and let go of your inhibitions, because they get in the way of a credible performance. You have to be ready and, more than that, you need

to be emotionally accessible.”