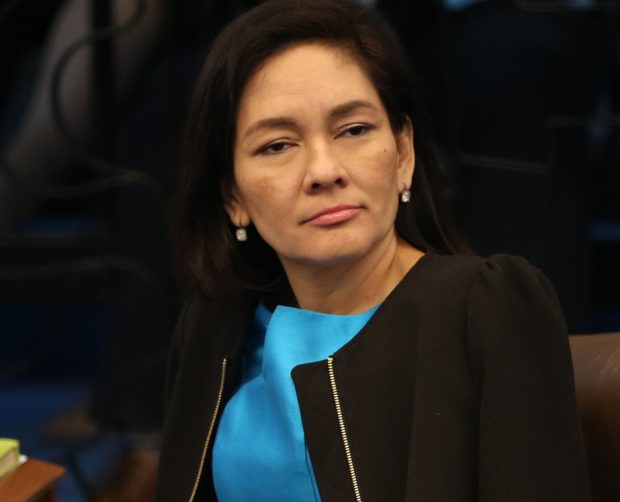 MANILA, Philippines — Expressing alarm over reports that China could control and remotely shut down the Philippine power transmission network, Sen. Risa Hontiveros on Tuesday sought a security audit of the national grid system.

Hontiveros filed a resolution calling for the audit as well as a legislative inquiry into the operations and facilities of National Grid Corp. of the Philippines (NGCP), the country’s sole transmission service provider, which is 40-percent owned by State Grid Corp. of China.

“We need to know for certain if our energy systems and infrastructure fully remain under Filipino control, and if we have implemented the technical safeguards needed to prevent foreign interference in or sabotage of our national electricity grid,” she said.

Hontiveros warned of a Chinese-engineered power and internet outages and interference in elections if safeguards remained absent, citing confirmation from a Philippine power executive last week that a “hostile third party” had the ability to trigger blackouts.

“Any insinuation that NGCP allows non-Filipinos to operate, control or sabotage its operations, to the detriment of the Filipino people, is speculative, baseless, completely manufactured and libelous,” said Cynthia Perez-Alabanza, the company’s corporate communications head.

NGCP, founded in 2009, is owned by a consortium of investors, and is 60-percent owned by Filipinos led by businessmen Henry Sy Jr. and Robert Coyiuto Jr.

“The franchise, and all laws and regulations applicable to its business, the day-to-day operations of NGCP are 100 percent handled by Filipinos,” Alabanza said.

Alabanza said the role of NGCP’s foreign partner, referring to China, was “limited to that of an investor.”

The National Transmission Corp. (Transco), which is owned and controlled by the government, owns the power grid being operated and maintained by NGCP.

According to Hontiveros, there have been reports that only Chinese engineers have been able to troubleshoot, operate and control the NGCP’s transmission facilities because they were the only ones familiar with the type of information and communication technology installed for the automatic and remote monitoring and control of the grid.

Foreign NGCP executives also were hiring and deploying foreign drivers and engineers, which violated the antidummy law and a constitutional provision that requires executive and managing officers of public utilities to be Filipino citizens, she added.

Concern about China’s involvement in the power grid was first raised last week during the energy department’s 2020 budget hearing in the Senate.

Transco president Melvin Matibag told the Senate then that it was possible for a “hostile third party” to disable the Philippines’ power grid remotely, Hontiveros noted.

Matibag had also said that Transco had limited access to NGCP facilities.

“If these reports are true, these vulnerabilities pose a grave risk to public infrastructure, to national security, and to the daily lives of our people. We must address and correct these flaws immediately,” she added.

Sen. Sherwin Gatchalian, who raised the concern over the Chinese state-run company’s control over power transmission in the Philippines, last week warned that any failure in power distribution “will have wide-ranging effects on the economy, public safety and national security.”

Gatchalian, chair of the Senate committee on energy, earlier filed a resolution that was echoed by Hontiveros.

“The power transmission line is one of the vital facilities in our country. With a single switch, no electricity will be transmitted in our homes, businesses, to our military facilities. That’s why it is very important that the management in control of the transmission line are Filipinos,” he said last week.

Hontiveros on Tuesday said a country capable of aggression should not have the means to destabilize a neighbor “with the flick of a switch.”

“Imagine a foreign country, which is an unrepentant trespasser and aggressor in our seas and territories, controlling our national electricity grid,” she said in a statement.

“It could sabotage our elections, shut down our access to television, the internet and other communication technologies, cause the collapse of our economy and undermine our national security,” she said.

China’s embassy in Manila did not respond immediately to a request for comment, according to Reuters news agency. There are no publicly known instances in the Philippines, or government accusations, of Chinese interference in its utilities.

Retired Senior Associate Justice Antonio Carpio also believes that China’s control over the country’s power grid “should be a cause for concern, especially if the technicians who are manning or maintaining the grid (or) the power lines are Chinese.”

“If the Chinese are the ones maintaining our national grid then it’s easy for them to shut it down and they can always inject malware in the software,” he told reporters on Tuesday at the Department of Foreign Affairs where he delivered the keynote speech on the 50th anniversary of the adoption of the Vienna Convention on the Law of Treaties.

Concerns about Chinese involvement in the NGCP came amid Chinese presence in other vital areas.

A plan by Dito Telecommunity, the country’s third telecommunications carrier, to put up facilities in military camps was considered a possible security problem because of the company’s joint venture with China Telecom.

The Armed Forces of the Philippines, however, said there was no cause for alarm because safeguards were in place.

All these worries are emerging as President Duterte pushes for warmer ties with China despite Beijing’s sweeping claims over the South China Sea. —WITH REPORTS FROM KARL R. OCAMPO, CHRISTIA MARIE RAMOS