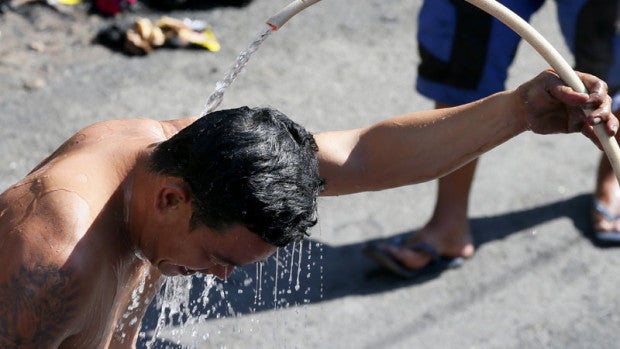 MANILA, Philippines — The highest temperature in Metro Manila so far this year was reported on Sunday in Quezon City, the Philippine Atmospheric, Geophysical and Astronomical Services Administration (Pagasa) said.

Roxas said the heat index, or the “apparent temperature or what humans perceive or feel as the temperature affecting the body,” reached 39 degrees with a relative humidity of 36 percent.

The whole country is also expected to experience isolated thunderstorms and rain showers based on the latest weather forecast posted on 4:30 p.m.

Roxas said this is due to the the easterlies or the warm winds from the Pacific Ocean causing water to evaporate and clouds to form at a quicker pace.

Despite this, no gale warnings were raised in the country’s coastal areas.