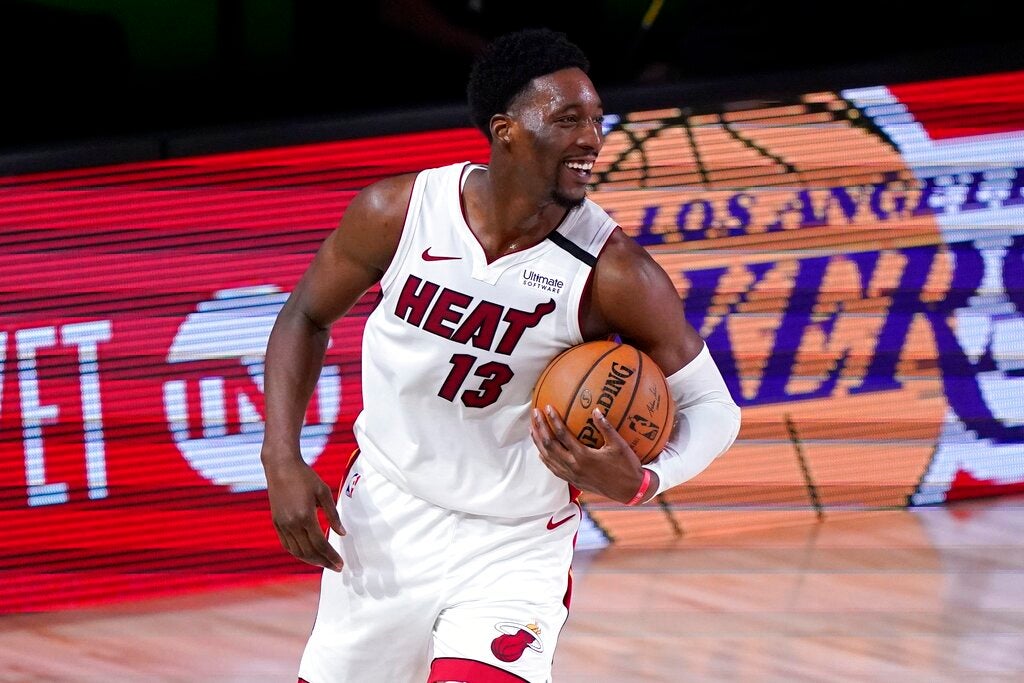 The Miami Heat reached deals Saturday with two players from their NBA Finals squad, signing center/forward Bam Adebayo to the richest deal in franchise history, while also coming to terms on a one-year deal with veteran forward Udonis Haslem.

Adebayo, 23, officially agreed to a five-year, $163 million deal with escalator clauses that could take it has high as $195 million, multiple outlets reported. Escalators include earning a spot on the All-NBA team, or earning an MVP or defensive player of the year in the upcoming season.

The deal tops the previous high when Jimmy Butler signed a $141 million pact with the team.

“One of the most important things a franchise can do is to make sure that your best, youngest, cornerstone players sign on the dotted line,” Heat president Pat Riley said in a statement. “Getting Bam his extension was a no-brainer for us because we know he will be around for years to come. That’s great for the Heat, great for the fans and great for Bam.”

Adebayo will make $5.1 million in the upcoming season on the final year of his rookie deal before his season-salary jumps north of $28 million for the 2021-22 season.

The Heat fell just short of an NBA title this past season, losing to the Los Angeles Lakers during a six-game Finals series.

Miami re-signed Haslem to a $2.6 million veteran minimum deal, according to the Miami Herald. The deal means the 40-year-old will return for his 18th season, all of them with the Heat.

Haslem scored 3.0 points with 4.0 rebounds in just four games this past season and is valued more for his leadership skills. In 858 career games, Haslem has averaged 7.6 points with 4.8 rebounds and is the franchise’s all-time leading rebounder with 5,754 boards.