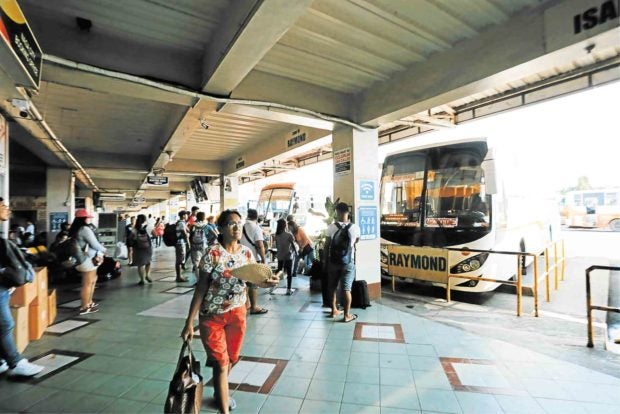 CITY OF SAN FERNANDO, Philippines — Passengers are more inconvenienced by the loading and unloading ban imposed by the Metropolitan Manila Development Authority (MMDA) on provincial buses plying Edsa from the north and south of Metro Manila, the head of the Provincial Bus Operators Association of the Philippines (PBOAP) said on Monday.

“Commuters have taken more rides to their offices or schools and other destinations when our buses were ordered to stop using bus stops designated previously by the MMDA,” said Alex Yague, PBOAP executive director.

The MMDA requires provincial buses to unload and load passengers instead in terminals in Sta. Rosa and Valenzuela cities.

About 3,000 buses use Edsa daily. Those coming from the southern provinces are allowed to load and unload in Magallanes at the Pasay-Makati boundary, or on Edsa in Ortigas.

Those traveling from the northern provinces drop off and pick up passengers at Balintawak, Congressional Avenue and across Trinoma mall, all in Quezon City.

“It’s a repeat of what happened in PITX (Parañaque Integrated Terminal Exchange). Commuters availed [themselves] of other vehicles to bring them closer to their destinations,” Yague said.

But the ban has little impact on passengers of long-haul provincial trips who prefer using bus terminals because they have cargos or are fetched there by relatives.

Yague said the second step being proposed by the MMDA to ease Edsa traffic would hurt provincial bus operators, who are required to close their terminals on Edsa and use the new terminals in Valenzuela and Sta. Rosa.

He said the MMDA had to review, if not rethink, its position that provincial buses were the causes of traffic congestion on Edsa. —TONETTE OREJAS