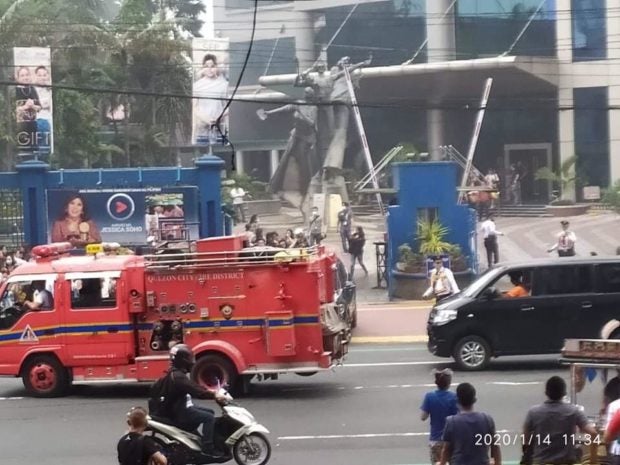 In a phone interview with INQUIRER.net, the fire department said the blaze started at the canteen situated inside the GMA network facility.

Fire investigators are on their way to the area to investigate the cause of the blaze, the Quezon City Fire Department added.

FIRE ALERT: As of 11:25 AM at EDSA Timog GMA SB involving Canteen of GMA expect Moderate traffic on this area. BFP on site. #mmda