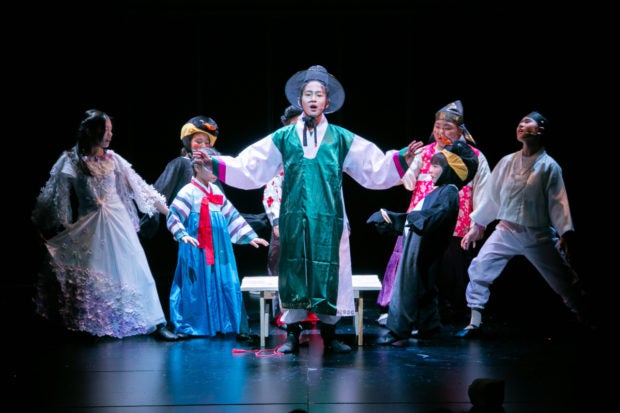 Performed bilingually in Korean and Tagalog, the musical was an adaptation of Korean folktale “Heungbu and Nolbu” dating back to the late Joseon era.

The show staged at CJ Azit Auditorium in Jongno, central Seoul, was directed by Cherish Maningat, a Filipina stage actress based in Korea, and choreographed by Park Eun-hee.

Among those in the audience were Lyza S. Viejo, vice consul of the Philippine Embassy to South Korea, and former Vice Minister of Culture Park Sun-kyu.

The project was jointly organized by the Korea Cultural Diversity Organization and Filipino Korean Heritage Association, and sponsored by the Seoul Metropolitan Government, CJ Cultural Foundation and Woongjin Foundation.