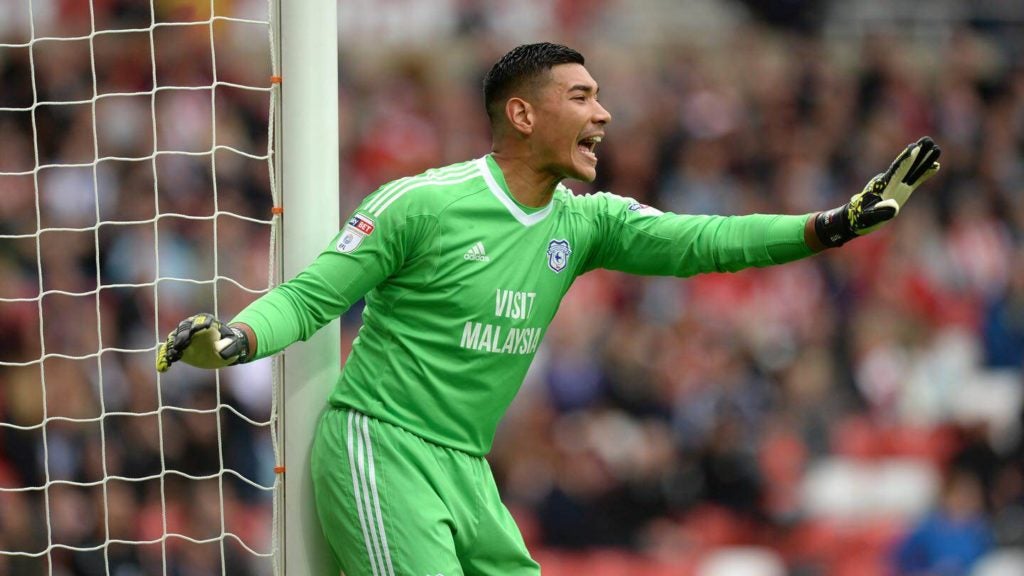 Filipino international Neil Etheridge is confident that Cardiff City will keep its place in the English Premier League, even with a tough run of matches to close out the season.

The Bluebirds remain in the relegation zone despite closing the gap on Brighton with a 2-0 victory last Tuesday and Etheridge believes they have lots of fight left to survive the drop.

It was Etheridge’s ninth clean sheet of the season and also pushed the Welsh club’s tally to 31 points from 34 matches for 18th place, which is the last and final spot up for relegation.

If they don’t turn things around, the Bluebirds will drop back to the Championship after just one season in the 20-club Premier League, missing out on a chance of luring more sponsors and getting a share of the league’s lucrative sponsorship deals.

“A lot of people wrote us off at the start of the season, but we’ve still given ourselves a chance [to avoid relegation],” Etheridge told the Inquirer.

“It was a massive win against Brighton, which we can actually say was a must-win game for us. We have to keep on knocking on the door and keep playing the way we have. Our togetherness as a team has been fantastic over the past few months. Now, we’re looking forward to the battle [against relegation].”

The Bluebirds have an uphill battle against leaders Liverpool on Sunday, but like their chances against already relegated Fulham and Crystal Palace, before wrapping up their season away at Manchester United.

Brighton is at 17th with 33 points but has to play three Top 6 teams in its last five matches.

“It’s not going to be easy, but we’ve had some games that are winnable and if we win those, we’ll have a chance,” said Etheridge. “Cardiff is such a big club and it belongs in the Premier League.”