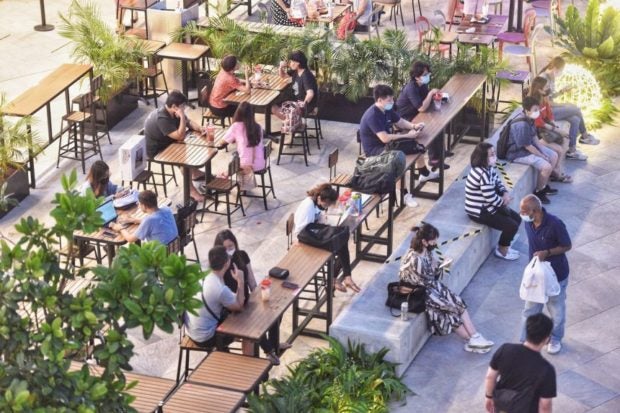 SINGAPORE — The world went into a tizzy last month with the emergence of a new strain of the coronavirus (N501Y) in southern England. It was said to be more infectious and able to spread more easily.

But this was not the first, nor will it be the last mutation of the virus that has spread globally over the past year, infecting more than 95 million people and killing more than two million.

Dr Sebastian Maurer-Stroh, executive director of the Bioinformatics Institute (BII), which is part of the Agency for Science, Technology and Research (A*Star), doesn’t see a need for undue worry over the mutation flagged in England.

He said: “It is still on the rise, but even if it reaches a higher percentage, it will be replaced by another variant sooner or later. That’s how the virus works. It’s natural to expect these variants.”

He said there have been other fast-spreading mutations such as the D614G mutation that had spread globally, another associated with the outbreak in Melbourne (S477N), a South African mutation (E484K), and the A222V mutation that caused a spike during the European summer holidays, but which is now being replaced by other strains.

In fact because of the dominance of the D614G mutation, the G clade, or viral family, now accounts for almost all infections, displacing other viral clades including those originally emanating from China.

As a result, the more recent mutations have taken D614G as a base and then changed in different ways, further down the road.

And a new variant can result from mutations at more than one part of the virus – in other words, changes at multiple locations.

In the past year, the coronavirus has undergone thousands of mutations, the majority with little or even no effect on the ongoing pandemic.

Dr Maurer-Stroh said what is more important is not whether a virus mutation spreads more easily, but the measures in place to stop any spread.

“How fast the infection spreads depends less on the virus and more on the probability of people being exposed to that virus,” he said.

But not everyone agrees.

He added: “If true, this would be a worry, because the same variant if it became established in Singapore, could potentially overcome our current safe management measures and lead to renewed epidemic growth.”

Prof Cook said if the transmission factor goes up to 1.5, “we’d be looking at a race between vaccine roll-out and epidemic exponential growth; or a tightening of measures akin to what England is going through now”.

His colleague from the school, Associate Professor Hsu Li Yang, an infectious diseases expert by training, agreed there was cause for concern.

He said: “None of our current measures for preventing transmission of Covid-19 is 100 percent effective. But collectively, they act like multiple overlapping layers of Swiss cheese that have effectively reduced community transmission to date.

“As physical distancing measures are more relaxed in phase three, it is plausible that virus variants that are more infective will be able to generate community clusters more easily.”

But he added: “However a more transmissible variant will be less forgiving of any breaches or slips.”

This means Singapore needs to maintain vigilance, he stressed.

Dr Maurer-Stroh – whose team has played a major role in curating the SarsCoV-2 genome sequences shared on the global Gisaid platform – said that based on the numbers emerging, the rise in cases in England “did not continue exponentially”.

So his conclusion: “This variant is not very different from when D614G was new, or when A222V (European Summer holiday surge) rose in September. It seems to follow the natural pattern of many viruses where one variant replaces another. Happens often and will also happen to this one.”

One positive note, however, is that the mutation is unlikely to have much impact on vaccines.

He said for the vaccines not to work, the spike protein (which the virus uses to get into the human cell) must change so substantially that its architecture and function are destroyed.

“It is thus highly unlikely that Sars-CoV-2 would be able to evolve so much as to escape the immune response from RNA vaccination,” said Prof Ooi.