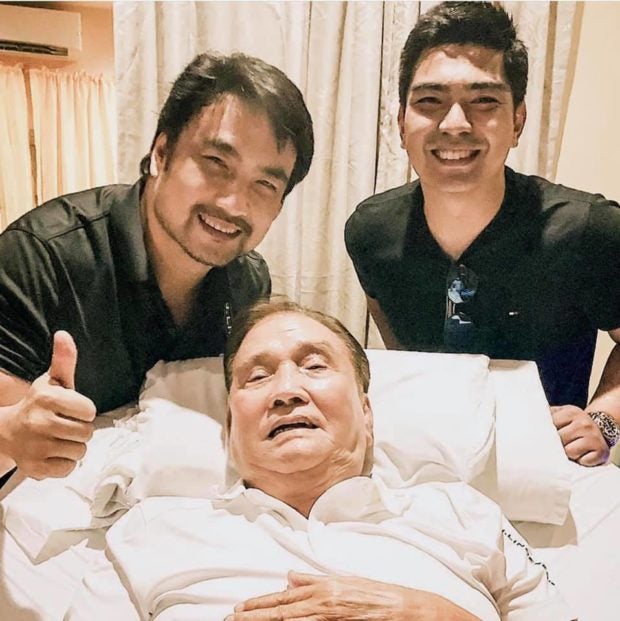 “Sen. Ramon Revilla Sr. Daddy is now in stable condition and we are hoping for his speedy recovery,” Cavite Vice Gov. Jolo Revilla said in a Facebook post as he expressed gratitude for those who offered prayers for his grandfather.

His post comes only hours after Senator Ramon “Bong” Revilla Jr. said that the Revilla patriarch was in “critical condition” and will be under “strict observation” for the next two days.

“Let’s continue praying for one another, for our families and loved ones, as we go through this pandemic,” the Cavite vice governor went on.

The elder Revilla was hospitalized Sunday night after he had difficulty breathing and was “somewhat unresponsive.”

After getting first aid at the St. Dominic Medical Center in Bacoor, Cavite, the elder Revilla was transferred to the St. Luke’s Medical Center – Global City in Taguig, where he was while undergoing treatment