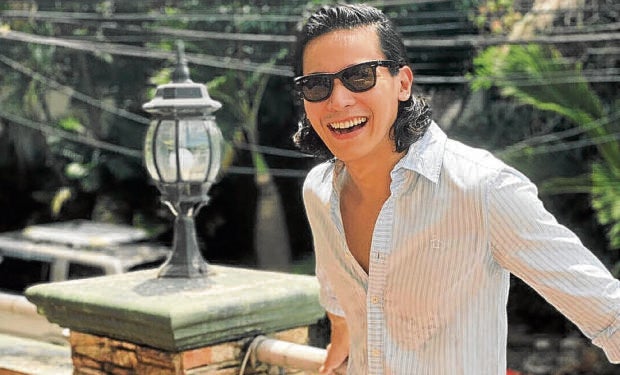 “I won’t be fake and I won’t lie. I like hanging out with people I can learn a lot from. Let’s just end it right there.”

Thus said Enchong Dee when asked whether he would say “yes” if ever controversial Metro Manila Development Authority (MMDA) spokesperson Celine Pialago would offer to take him on a trip to the iconic Quiapo in Manila.

Enchong is currently promoting the iWantTFC original documentary series “Trip to Quiapo,” which is based on the best-selling scriptwriting manual of award-winning writer Ricky Lee. The five-part series, which started streaming on the iWantTFC app on Oct. 21, is directed by Treb Monteras (“Respeto”).

Days prior to the “Trip to Quiapo” virtual media conference, Enchong created a buzz on social media when he reacted to a comment by Pialago, who described the media’s depiction of the burial of the baby daughter of jailed activist Reina Mae Nasino as something similar to a “drama serye.”

Because of her comment, Enchong described Piolago as “heartless and unintelligent,” and asked her to put herself in the shoes of Nasino, who had just lost a child. “As a human being, is it OK with you (to see how unfairly Nasino was treated)?” asked Enchong.

Enchong said his being vocal on sociopolitical issues is a result of his parents’ positive upbringing. “They worked hard so I can obtain education and be taught what is wrong and right,” he began. “I have no intention of labeling people in government as good or bad. My point is just that if you’re doing ill to one of us, damay din kayo.”

Enchong likened running a country to making a film. “If the government will not help us or protect our rights, what will happen to us? It’s similar to doing a movie. There’s a director, a writer and a production team to set the pace and lead everyone in the right direction. Pero kung kanya-kanya tayo, if we keep fighting each other during preproduction meetings, our movie will come out trashy.”

He further said: “Let’s use our power to influence people to help fellow Filipinos. Let’s use our voice, our ability to sway others through our opinions, to fight for what is right and fair.”

Meanwhile, Enchong said he had yet to personally visit Quiapo on his own. His last trip there was to shoot an indie movie. “This was the goal when we were shooting the docu, but we failed to achieve it because of the lockdown,” he explained. “Quiapo is part of our rich history. When this pandemic is finally over, I’ll go back and the first thing I’ll visit will be the church. I want to say thanks that we’re all still alive and healthy, and that we have work.”

In “Trip to Quiapo,” Enchong plays Julio Manunulat, the representation of aspiring writers and storytellers struggling to put into words the ideas they have in mind, similar to how Ricky began his writing journey.

Shot like a reality show, it’s a master class where Ricky shares his knowledge about how to build stories, where to draw inspiration for them, and meaningful lessons from his life and over 40 years’ worth of experience in the industry.

Enchong said working on the documentary was life-changing. “I realized that while the director is the captain of the ship, the writer is the soul of the entire journey,” he shared. “I now have high respect for writers because of this project. Also, I hope to do more roles like this in the future.” INQ